An air accident inquiry is under way into events during a helicopter rescue operation in Co Wexford on Sunday.

A 15-year-old girl from Dublin fell nearly 12m back into the water as she was being winched up to the helicopter in treacherous weather conditions.

She was part of a scout trip to Hook Head and was taken to University Hospital Waterford and has since been transferred to Our Lady's Children's Hospital Crumlin.

She was one of four teenagers swept off rocks on Sunday afternoon into very turbulent seas and 4m-high waves.

Two managed to swim ashore but the girl, who had been knocked unconscious, was kept afloat by her 15-year-old friend, another scout, who is credited with saving her life.

The coastguard helicopter from Waterford was at the scene within minutes, and a decision was made to bring both up on the first winch-lift as the coastguard says leaving one in the water would probably have resulted in that child drowning.

As both were being brought up into the helicopter, in very difficult conditions, the unconscious girl slipped and fell back down into the water but she was retrieved moments later after the boy was put on board.

Coastguard sources say the crew made the correct decision to lift both casualties at the same time because of the imminent threat to life and the particularly treacherous conditions.

The girl was unconscious at the time she was taken from the water.

The Air Accident Investigation Unit is carrying out a preliminary review of the event, including interviews and checking voice recordings of the operation, after which they will decide whether to launch a full investigation.

The teenage boy is also still in hospital. 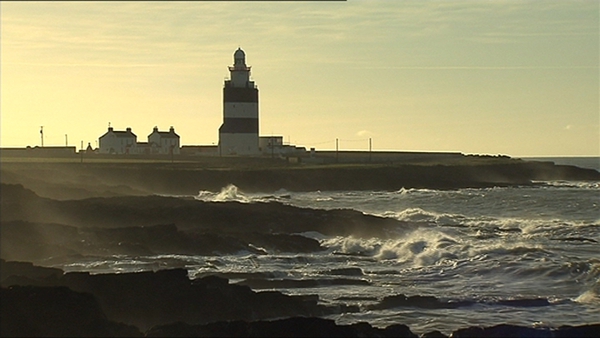 Girl was unconscious when taken from sea off Hook Head