Ireland's population has overweight and obesity levels in excess of the European average, according to a comprehensive global study of the problem.

The research, details of which are published in the journal The Lancet today, shows 26.5% of Irish girls and 16% of Irish boys under the age of 20 are classed as overweight or obese.

These figures compare to a western European average of 24.2%.

A massive 66% of Irish men over 20 are also considered overweight or obese, as are 50.9% of Irish women over 20 years: well in excess of the western European average of 47.6%.

The study documented a "startling" surge in obesity and overweight rates in 188 countries around the world.

But the research also found enormous variation around the world, with more than half the planet's 671 million obese individuals living in just ten countries - the US, home to more than 13%, China, India, Russia, Brazil, Mexico, Egypt, Germany, Pakistan and Indonesia.

In the US, about a third of the adult population is now obese, while in Australia 28% of men and 30% of women fall into this category.

Of Ireland's neighbours in western Europe, tiny Andorra with a population of just over 78,000, had the best rates with 10.6% of adult men and 7.2% of women classified as obese.

Study leader Professor Emmanuela Gakidou, from the University of Washington, US, said: "Unlike other major global health risks, such as tobacco and childhood nutrition, obesity is not decreasing worldwide.

"Our findings show that increases in the prevalence of obesity have been substantial, widespread, and have arisen over a short time. However, there is some evidence of a plateau in adult obesity rates that provides some hope that the epidemic might have peaked in some developed countries and that populations in other countries might not reach the very high rates of more than 40% reported in some developing countries."

She added: "Our analysis suggests that the UN's target to stop the rise in obesity by 2025 is very ambitious and is unlikely to be achieved without concerted action and further research to assess the effect of population-wide interventions and how to effectively translate that knowledge into national obesity control programmes.

Other key findings include:

- In the developed world, men have higher rates of obesity than women, while in developing countries the opposite is true.

- The greatest increase in rates of excess weight and obesity occurred between 1992 and 2002, mainly among people aged 20 to 40.

- On the Pacific island of Tonga, more than half the population of both men and women is obese.

- In the western European region, which includes Israel, obesity levels among boys range from 13.9% in Israel and 12.9% in Malta to just over 4% in the Netherlands and Sweden.

Definitions of overweight and obese are based on BMI, which is obtained by dividing a person's weight in kilograms by their height in metres squared.

Commenting on the findings, Professor Klim McPherson, from Oxford University, wrote in The Lancet: "An appropriate rebalancing of the primal needs of humans with food availability is essential, which would entail curtailing many aspects of production and marketing for food industries.

"To prevent unsustainable health consequences, BMI needs to return to what it was 30 years ago."

Research had shown that reducing BMI to 1980 levels in the UK would require an 8% reduction in consumption across the country, costing the food industry roughly €8.7bn per year.

Prof McPherson added: "The solution has to be mainly political and the questions remain, as with climate change, where is the international will to act decisively in a way that might restrict economic growth in a competitive world, for the public's health?

"Nowhere yet, but voluntary salt reduction might be setting a more achievable trend. Politicians can no longer hide behind ignorance or confusion."

Irish scientist, Sir Stephen O'Rahilly, Professor of Clinical Biochemistry and Medicine and Director of the Metabolic Research Laboratories at Cambridge University, said: "It seems unarguable that excessive caloric consumption is playing a major role in driving the increasing prevalence of obesity.

"It is helpful to get a well-informed semi-quantitative estimate of the sorts of overall reduction in calorie ingestion we would need to return obesity levels to those found in the 1980s. However, linking this caloric decline to an inevitable decrease in the profitability of the food industry seems less compelling and might even backfire.

"It would be optimal if the food industry became helpful partners, not adversaries, in countering the 'obesity epidemic'. It is less likely to do so if hectored about substantially slashing its profits." 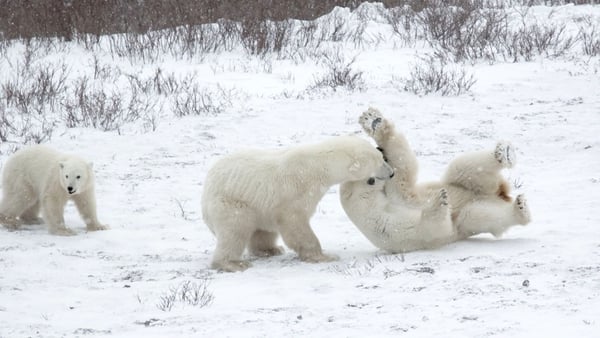