Whether it's Maurice McCabe or Edward Snowden, whistleblowers here and abroad are playing an increasing role in exposing wrongdoing. Their revelations have been a catalyst for media exposes, tribunals of inquiry and court prosecutions.

But these revelations can sometimes come at a personal cost, with many whistleblowers in Ireland describing the high price both they and their families faced when trying to expose uncomfortable truths.

This is borne out by the stories of the whistleblowers interviewed for the RTÉ Investigates programme, Whistleblowers: Fighting to be Heard. Click here to watch the programme.

Some whistleblowers describe exposing wrongdoing as a long lonely road, with little or no support from work colleagues or employers.

They are typically seen as being disloyal or letting the side down, and some are even labelled as snitches, according to Professor Kate Kenny, of NUIG, an expert on the Protected Disclosure Act 2014, the legislation designed to protect whistleblowers.

"The research on Irish attitudes to whistleblowing looked at the top two phrases that come into your mind when you hear the word whistleblower – among the top two was informant, rat, and we also had snitch," she says.

"This is established in research now. But the disloyalty tag is incorrect."

Fergus Finlay, the former CEO of Barnardos, adds: "It's a profoundly cultural issue within the system. They're seen as traitors and they suffer terribly; I don't know anyone (whistleblower) who hasn't suffered in their workplace, in their job."

"In fact, every whistleblower who has come forward, almost without exception, has helped to make Ireland a better place and a cleaner place."

Whistleblowers and the law

Whistleblowers are given protection under the Protected Disclosures Act 2014.

Under the Act, employees can take a case to the Workplace Relations Commission if they believe an employer has penalised them for blowing the whistle.

But how effective is this legislation?

Lauren Kierans, a barrister specialising in whistleblowing legislation, carried out extensive research into cases heard before the WRC, and the results are quite stark.

"I have looked at the case law under the legislation in a five-year period after the enactment of the legislation," she explains, "and what I have identified is that, it is very difficult to win a case under this legislation. So currently, 88% of cases have been unsuccessful. So, we are only looking at a 12% success rate.

"The fact that so many of the cases ... have been unsuccessful is really speaking to the deficiencies in the act that need to be amended."

Former ambulance control worker Shirley McEntee was shocked by the response of some colleagues after she spoke out about ambulance response times in the midwest six years ago.

"I spoke outside the clan, and you shouldn't do that," she explains.

"I got a few really bad responses as well, nasty texts, phone calls I was called a snitch. People could call me a rat, but I am not a rat, I told the truth."

In an RTÉ Investigates programme in 2014, Shirley McEntee claimed there was "not enough vehicles on the road, not enough crews in a 24hr period, you will be scrambling for an ambulance".

After the broadcast, she felt isolated by some colleagues.

"The isolation was people who would normally ring me never rang," she says. "You know your friends when you do things like this, with a lot of people there was silence, they didn't talk about it, like it never happened."

But Shirley says she has no regrets. "If there's wrong things done, it should be spoken about I was really glad I did it."

Seamus O'Loughlin, is a health and safety manager in the State's biggest employer, the ESB.

Mr O'Loughlin made a number of protected disclosures related to the fact that up to one million litres of oil was leaking from underground ESB cables in Dublin for 20 years and the ESB had failed to report the leaks.

He also revealed how SF6, a gas that is enormously damaging to the environment, was leaking from the ESB power plant in Moneypoint.

Since he blew the whistle on the ESB's environmental record last year, Seamus O'Loughlin has accumulated significant legal bills dealing with the company's internal process arising from his protected disclosure.

The ESB has recently agreed to contribute €9,000 towards future legal expenses, but that has still left Seamus facing a massive legal bill.

According to Seamus the whistleblowing process has had a financial and psychological impact on both himself and his wife Hillary.

"I am still out on my own engaged in a legal process that is costing us an absolute fortune, €47,000, that is only the start of it," he says.

Hillary O'Loughlin adds: "It's having a toll on us now, as a family, we are starting to rely on more and more supports, professional, psychological supports … It is still a frightening, lonely road and it is really uncertain."

RTÉ Investigates has learned that the EPA has initiated a prosecution against the ESB. The regulator has brought six charges against the company in relation to leaks of SF6.

In a statement to RTÉ Investigates, the ESB confirmed it is facing a prosecution and said it could not comment further.

Seamus O'Loughlin still feels he had no choice but to go public with his concerns about the ESB's environmental record.

But he has some sobering advice for would-be whistleblowers out there: "Be sure of your facts, be sure of your mental resolve and be absolutely sure of the support of your partner and family. Because it's going to put you through hell."

Vindication was a long time coming for Leona O'Callaghan.

Leona first raised her concerns about expense claims at the University of Limerick back in 2012.

She highlighted a number of issues, including payments made to some staff to cover the mileage costs between their homes and the university. She also raised a concern about tax-free travel allowances paid to an academic on sabbatical on the other side of the world.

Leona made a submission to the Dáil Public Accounts Committee about the various payments.

The university later told the PAC that the sabbatical payments alone resulted in a six-figure settlement with the Revenue Commissioners.

"For the first couple of years, I was going nowhere," Leona says. "I felt on my own, they are relying on the inability of people to risk their jobs and risk their careers in moving forward."

She went on: "There was a lot of rumours, they were saying, that, I was imagining it, all these conspiracies and they were coming from an unwell place."

Leona went public about her concerns in an interview with the Limerick Leader newspaper. She was also among a number of whistleblowers from UL who featured in the RTÉ Investigates documentary, Universities UnChallenged.

"They rely on silence," she says, "and the only way you can take it away is through the media and then the fear is transferred onto them. Then suddenly they are afraid."

In 2017, an external report by experts was extremely critical of the university's HR practices, corporate governance and financial practices.

"There was a lot of power," Leona says, "and I was just an administrator within the university. And I was on my own. For a long time, I felt I was in the wrong."

Ten years on from her disclosures, Olivia Greene feels she has paid a heavy price for exposing lending practices at Irish Nationwide Building Society.

Olivia worked as a loans supervisor at the society, which later received a State bailout of €3 billion.

Olivia broke a confidentiality agreement in 2009 in order to speak out about the practices at the bank under its former boss Michael Fingleton.

While her former boss Michael Fingleton left Irish Nationwide with a €27 million pension pot, Olivia was not so fortunate.

"Life was pretty difficult for me in there, in Irish Nationwide, all my authority was stripped from me," she says. "Life inside was very torturous."

According to Olivia found she whistleblowing experience very stressful.

"It causes me a lot of anxiety because you are constantly questioning yourself afterwards, did I do the right thing, did I get it right, you feel panicked. You do become paranoid."

Olivia Greene has not worked in financial services for ten years and she describes her whistleblowing experience as "career suicide".

So would she do it again?

In response to that question Olivia says "I've asked myself many a time, would I do it again, or do I regret doing it in the first place. And yes - if I had to it again, I would do it again."

Whistleblowers regularly describe being targeted or victimised when they expose wrongdoing.

On top of that, many describe how their concerns are ignored.

In the high-profile foster abuse case known as Grace, the whistleblower Iain Smith felt he was left with little option but to leave the HSE in frustration, after spending years trying to raise his concerns.

This is the first time Iain has spoken publicly about the case of Grace, a vulnerable woman who was left by the authorities in the care of a foster family for 20 years, despite allegations of sexual and physical abuse.

"Why am I doing this interview?," he ponders. "People should know what happens behind the scenes."

Iain was new to disability services in the HSE when he first came across the case of Grace. This was in 2007 when Grace's birth mother contacted him for the first time.

Speaking to RTÉ in 2017, Grace's mother expressed her gratitude to Iain; "Only for the phone call, only for Iain that time, my daughter would still be in danger, if I didn't make that call that time that time."

Iain was shocked when he discovered a file related to the Grace case buried at the back of a filing cabinet.

It emerged that concerns for Grace were flagged on various occasions over the years about physical abuse and sexualised behaviour which led to serious concerns for her overall welfare.

However, she remained in the foster home.

According to Iain, he felt he had to take matters into his own hands, "I had to take that initiative myself as a private citizen and make complaint to the gardaí."

In 2009, Grace was finally made a ward of court. The State was now her legal guardian, 18 months after Iain Smith first recommended it.

Even after Grace was removed from the foster home, young vulnerable people continued to be placed, through private arrangements, in the very same foster home.

Iain decided to go straight to the Minister for Health at the time, Leo Varadkar.

He sent the minister a protected disclosure listing 14 significant concerns in September 2014.

Now four years on, the commission is yet to even complete the first phase of its investigation and Iain Smith says he has now become a hostage to the process, with no end in sight.

"Although, I was prepared to give a certain amount of time to this, until I appeared as a witness in front of a whole room of lawyers on 27 different days, as well as attending the commission on many more days," he says.

"I was effectively not able to work for a year as a result of participating in this commission and at the same time I was not able to leave."

The commission and the HSE declined to comment saying the work of the inquiry is ongoing.

Iain is one of two whistleblowers who have testified before the commission which is charged with examining the cases of 46 foster children including Grace.

It would not be the first commission of investigation or tribunal to run over time, as John Devitt, of Transparency Ireland, points out.

"The toll it is having on witnesses and victims is intolerable for many of them. Much more thought needs to be lent to the impact this has on people, particularly on those who are considering coming forward and if this will run over by years, people are much less likely to come forward in future." 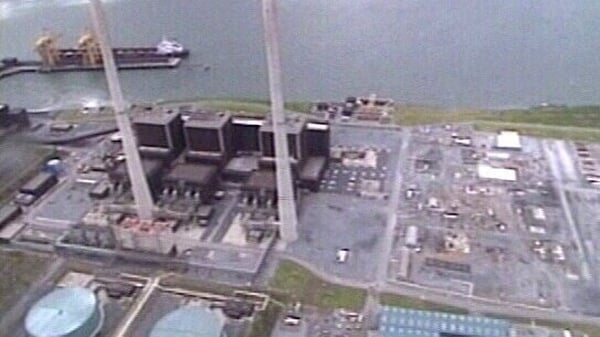 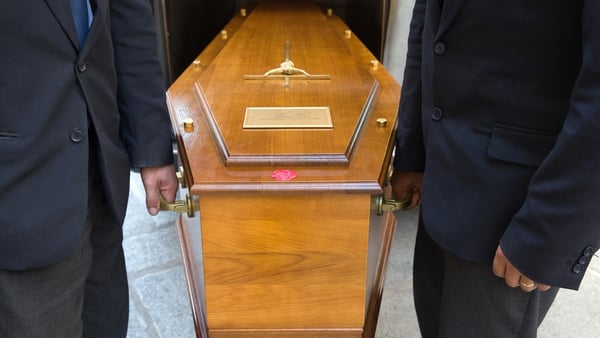 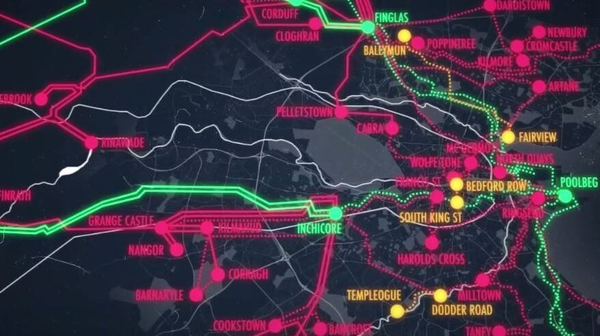