A report investigating the abuse of a number of children in a foster home in the west of Ireland has strongly criticised the "systemic flaws in management" by both the Health Service Executive and the Child and Family Agency, Tusla when handling the case.

The strongly-worded report - which has been seen by RTÉ Investigates - lists a catalogue of failures, which saw three children suffer "grave and heinous sexual abuse" while in the care of the State.

An RTÉ Investigates report - Failure to Foster Care - first revealed details of this case in April 2016.

It relates to a foster home in Dunmore, Go Galway, where the foster parents, Kathleen and Gerry Burke, kept both long-term and respite children.

In 2007, Rachel Barry, who went to the foster home for monthly respite care, told her biological mother she had been sexually abused by a then teenage son of the foster family, Keith Burke.

Rachel also reported that a second girl - who had been living with the foster family for over a decade at that point - had also been raped by the same son.

Rachel's allegation was assessed by the HSE to be "credible" but at the time the second girl did not disclose any abuse.

Gardaí sent a file to the Director of Public Prosecution but no prosecution followed and so a decision was taken to let the second girl and another foster child, a boy, continue to live with the family.

However four years later, in 2011, the second girl who originally did not disclose any abuse, came forward and said she too had been raped.

Her disclosure prompted a new garda investigation which uncovered a third victim, another female foster child, who also was regularly raped.

Last year Keith Burke was found guilty and jailed for the rape and buggery of the three foster girls between 2003 and 2007 - when all three were aged under 10.

Following the RTÉ report, Tusla referred the case to the National Review Panel to investigate how it was handled.

The panel was subsequently asked to delay its work until the criminal proceedings against Keith Burke took their course but the panel has now concluded its work.

Its 22-page report is scathing and is extremely critical of the actions - or rather inactions - taken by both the HSE and Tusla to adequately protect the victims.

The reviewers found that when the foster family were originally assessed for suitability, the fostering assessment reports were "brief" and "lacked detail".

The report adds that there was no evidence that the family's children were included in the assessment process and that no consideration was given to the implications of placing female children into a family of growing boys.

And despite a statutory requirement in the last nine years that the foster family provided foster care, the family were never again reviewed - not even following the first girl's "credible" disclosure of abuse.

The report does acknowledge that the Social Work Department concerned was at the time under heavy pressure because of a staff shortage and lengthy waiting lists and did respond to the first allegation quickly.

Yet it is critical that despite the first girl's allegation being considered credible, a finding that was upheld by a pediatrician who examined her, and despite her assertion that another girl was being abused, a decision was taken that the remaining children in the family's care should not be removed.

It states there was sufficient evidence to indicate the children should have been moved, even though it would have been difficult for them.

But the report says that fact should have been outweighed by the risks they were exposed to by leaving them in the home.

Furthermore, no contact was made with families of other foster children who had previously been in the care of the family to ascertain if they too had been abused, meaning that potentially important information was missed.

The review team states "serious errors of judgment" occurred; there was "flawed assessment and decision-making" and a "lack of management oversight" at critical points during the Social Work Department's involvement with the foster family.

A safety plan was subsequently put in place by the department which dictated that the foster parents were to ensure Keith Burke would not have unsupervised contact with the children but the foster parents continued to "disbelieve the allegation" and so the report says the plan was neither "sound" nor implemented in a way that was "sufficiently protective".

In fact the report quotes one social worker who said the foster mother was "calling the shots" in relation to social work contact, and after the DPP initially decided not to prosecute, the foster carers requested an apology.

In the years that followed, social workers failed to visit the two remaining foster children as regularly as originally planned and the fostering link workers - whose job it was to work with the foster carers - visited even less regularly.

The safety plan was never reviewed and the report finds that records indicate Keith Burke continued to spend "a lot of time" in the family home.

And that had a knock-on effect. For the first time this report reveals the long-term foster girl - who had lived with the foster family from she was a baby - did not suffer further abuse post the first disclosure but crucially she says she was approached by the perpetrator but rejected him.

So while no further abuse did occur, the review team says it cannot attribute this fact to the effectiveness of the safety plan developed by the HSE. 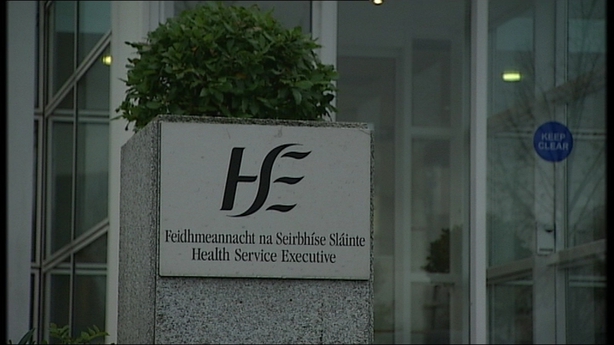 The report also finds failings with the risk assessment which was carried out, saying it was both "narrow" and "inadequate".

It says the decision-making stage of the Social Work Department's assessment lacked the input of "experienced and expert practitioners" who were not directly involved with the management of the children's placements and who could have given a more objective view.

It also says the assessment of the second girl who was left in the foster home was compromised by the fact she was accompanied at interview by her foster carers "who had a vested interest in the outcome".

It also finds there was no attempt made to assess the risk Keith Burke posed to other children in the community - a risk that should have been regarded as a "significant threat" and stipulations outlined in legislation such as Children First and the National Standards for Foster Care, which were in operation at the time, were not followed.

The report concludes most of the weaknesses identified in this case stem from "systemic flaws in management" which "failed to recognise the seriousness" of the initial allegation and "failed to respond proportionately".

Parents kept 'in the dark' over creches - Rabbitte