A solicitor for one of the victims of abuse in a Co Galway foster home, has said his client is keen to ensure that a commission of investigation be established immediately.

RTÉ Investigates revealed the case in April 2016. Some of the women at the centre of the court case came forward to tell their stories publicly for the first time in an RTÉ Investigates on Prime Time broadcast last night.

Keith Burke was recently sentenced to seven-and-a-half years in prison, with a year suspended, after he was found guilty of raping the then three foster children between 2003 and 2007.

Speaking on RTÉ’s Drivetime, Ronan Hynes said the inquiry under way by the National Review Panel is not sufficient.

He said the panel contacted his client, ‘Sarah’, just last month and that she has not shared her story with them.

He said he does not believe the National Review Panel is truly independent and that a root and branch review is needed.

Mr Hynes said serious questions remain to be answered and he called on the Minister for Health and Minister for Children to establish a statutory commission of investigation.

He said the HSE apology is welcome and noted, but in no way does it diminish the seeking of a full independent inquiry into the sexual abuse in the foster care home.

Earlier, Taoiseach Leo Varadkar said an independent investigation is near completion into the case of the three young rape victims who were in foster care in Galway.

He was responding to Sinn Féin leader Mary Lou McDonald in the Dáil who called for an independent inquiry, telling the Taoiseach that the RTÉ Investigates programme into the case had left viewers "shocked" and "angered".

Mr Varadkar said that a review is being carried out by the Independent Review Panel, made up of independent professionals working in child protection, and it is near completion.

"Tusla staff and some former children in care and their families have been interviewed by the Independent Review Panel.

"Tusla awaits the outcome of that review and agrees to act on all their findings and recommendations," he said.

He also acknowledged there was concern about the leniency of the seven-and-a-half year sentence for the abuser and said it was up to the DPP to appeal this.

There was praise for the bravery of the young victims in coming forward to give their testimony.

Ms McDonald also called on the Taoiseach to support her party's amendments to the Judicial Council Bill, to establish sentencing guidelines.

She also said the victims were left in a setting in which the authorities knew they were at severe risk of rape and abuse.

"These were young girls who were already vulnerable.. and when they most needed it, the state failed them," she said.

The Taoiseach said he saw the programme last night and said that it was "particulary shocking" that these children were in state care.

He also that there had been changes since the abuse happened 15 years ago, including the establishment of Tusla, changes to the Constitution on children's rights, and the appointment of a Cabinet Minister for Children.

The Fianna Fáil leader said people watching the programme last night would have been "sickened and appalled."

Micheál Martin said there was something "systemically wrong" with how child protection is being dealt with.

"There was really credible grounds for removing these children from this care setting and it did not happen," he told the Taoiseach.

Earlier, the Chief Executive of the Dublin Rape Crisis Centre described the women who came forward to expose abuse at a Galway foster home as "heroes".

Noeline Blackwell said there must be better ways to understand what children are saying and it is not proportionate to leave children in a place where they are at risk of serious abuse.

Ms Blackwell added that the Health Service Executive must have known there was a risk of abuse and that the house, where Keith Burke was allowed unsupervised access, was not safe.

This, she said, was about prevention and sanction.

Meanwhile, the CEO of the Irish Foster Care Association has called for a full investigation into the case of three girls abused at a foster home in Co Galway.

Catherine Bond said the case of each individual child needs to be examined because children remained in the home following credible reports of abuse.

Yesterday, the HSE apologised unreservedly to three women for failings in care they received while they were in foster care arranged by HSE's Galway Community Care.

Speaking to RTÉ’s Morning Ireland, Ms Bond said she was surprised that the children were allowed remain in the home following the reports of abuse and that a full risk assessment should have been carried out.

Ms Bond said even if children are unwilling to make a full disclosure, a skilled professional would have been able to carry out a risk assessment.

Separately, a spokesperson for Department of Children and Youth Affairs today said: "It is essential that we find out all the circumstances of this case and that we learn from it.

"To that end, this case was referred to the National Review Panel in April 2016, for investigation and it is understood that the review process is nearing completion.

"The Panel is an independent body which reviews serious incidents affecting children in care and known to child protection services. The outcome of this independent review and all recommendations made are to be implemented." 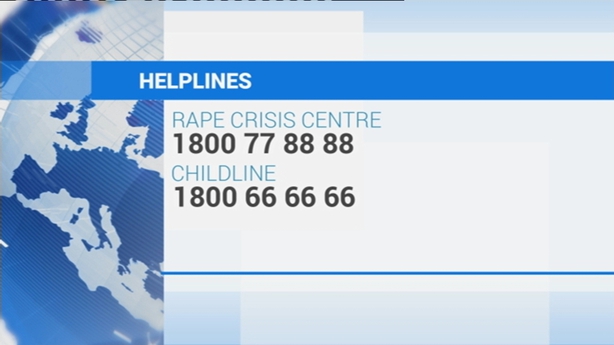