Minister for Health Stephen Donnelly has met with the former Executive Director of the Sláintecare implementation group.

Laura Magahy stepped down, along with Professor Tom Keane, who was the Chairperson of the Sláintecare Implementation Advisory Council.

It comes ahead of a planned virtual meeting with other remaining members of the council on Thursday.

Members of the Sláintecare Implementation Advisory Council said that their focus is to get answers about the recent resignations.

A letter containing a number of questions for the minister has been submitted to his office in advance of that meeting.

It is understood that letter was sent on behalf of some of the council's members.

It asks for clarity around the circumstances of their departure and whether a reluctance to implement a regional structure within the health service had a role in their resignations.

It also asks what arrangements have been made to replace Ms Magahy and if the advisory council will be able to elect a new chairperson or if they will be appointed by the Minister.

One of the Council's members, former General Secretary of the INMO Liam Doran, said his focus is on "securing those answers" at Thursday's meeting.

Mr Doran said he wants to know what has been going on within the Department of Health, the HSE and the Government that "stalled the ball" on implementing the integrated regional health structures.

Another member of the Sláintecare implementation group, Dr Eddie Molloy, said getting answers about what led to the resignations is "imperative".

He said that an explanation for what he called such drastic action by two very experienced people is required.

Dr Molloy also agreed that the committee has been unanimous that the Minister should give the green light to the regional structures but he said there has so far been no movement on that.

Minister Donnelly and the Secretary General of his department have also been invited to appear before the Oireachtas Health Committee next week.

The co-leader of the Social Democrats and member of the Oireachtas Health Committee said that members across the board were very concerned about the recent resignations.

Róisín Shortall said it seems that obstacles were "put in the way" on the Sláintecare implementation body as well as what she called "institutional resistance" to reforms needed.

"We urgently want to hear what exactly were the reasons for these resignations, what were the obstacles put in the way of reform and what is the Minister going to do to remove those obstacles", she said.

Last night, the Chairperson of the South/South West Hospital Group Board also resigned.

Professor Geraldine McCarthy, from University College Cork, had been in the role for more than six years.

In a resignation letter sent to the Minister for Health she said it was "regrettable" that "much needed reform of the health service has not been delivered".

The three resignations have caused "huge concern" among nurses and midwives.

The Irish Nurses and Midwives Organisation said today it will be writing to the Taoiseach calling on him to intervene to secure Sláintecare's future and is asking the Oireachtas Health Committee to urgently convene on this matter.

It said it wanted a "clear government recommitment at the level of Taoiseach" to the Sláintecare reform package".

The union said that 464 patients were on trolleys yesterday, the highest level since the pandemic began.

It said a return to overcrowding was further reason for the Government to prioritise the Sláintecare reforms.

INMO General Secretary Phil Ní Sheaghdha said it is time for a direct intervention from the Taoiseach.

She said: "Sláintecare is a good plan agreed by all parties. The high-level resignations indicate that government is not prioritising reform.

"After everything we have gone through with Covid, Ireland's healthcare team and patients deserve commitment to real change." 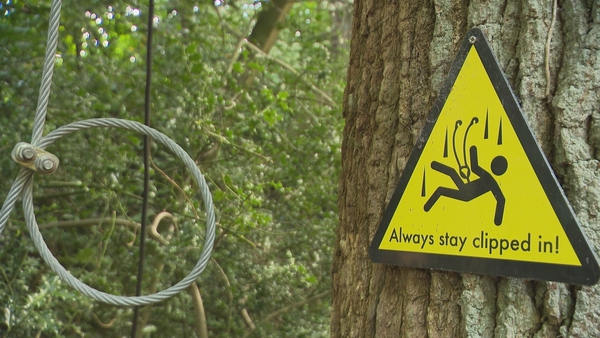