The HPV vaccine will be made available to first-year boys in secondary schools in Ireland for the first time from next week.

Until now, boys have not been included in the free human papillomavirus school vaccination programme.

Following a review by the Health Information and Quality Authority, the vaccine is being extended to all first-year secondary school students from the start of September.

Since 2010, girls in the first year of secondary school have been offered a form of the cancer protection, which has now been made more effective to protect against 9 out of 10 types of HPV cancers.

There is a catch up scheme for older girls, but the parents of boys who are above first year in secondary school will have to pay for the vaccine at their GP.

Minister for Health Simon Harris said the decision to provide it for first-year boys only is based on the medical advice available to him.

He said: "All the medical evidence and indeed HIQA's health technology assessment highlighted the importance of starting with boys in first year."

Minister Harris added: "For other parents, if you're child isn't in first year, you can still go to your GP and get the vaccine that way as well, through paying for it."

However, he said he "certainly does not rule out a catch-up programme at a later stage".

Around 400 cases associated with HPV are diagnosed here every year, while around 100 people die as a result.

60,000 information booklets and consent forms are being issued to parents in advance.

The uptake rates among girls had fallen to around 50% in 2017, but have increased to around 70% since then following an information campaign, helped by HPV vaccine campaigner Laura Brennan who died in March from cervical cancer at the age of 26.

Speaking at the vaccination launch today, her brother Kevin Brennan said, "Laura poured herself into this campaign, knowing every time she told her story, it had the potential to save a life".

He said: "The increase in the uptake rates of the HPV vaccine in last year's first-year girls is bittersweet for us - we're delighted that Laura has played a part in helping to protect so many more young people from HPV cancers."

The Director of the HSE National Immunisation Office, Dr Lucy Jessop, said she is "100% confident in the vaccine" which she said provides really good overall protection.

She described the vaccine as "essential to help protect your children against HPV cancers in the future".

Dr Jessop has encouraged parents to "read the information from the HSE and speak to a trusted health professional, if they have any questions, before signing the consent form for their child".

Ireland now becomes just one of 20 countries around the world that have introduced a gender neutral HPV school vaccination scheme.

The former President of the National Association of General Practitioners has said the cost of a HPV vaccine for teenage boys who are not eligible for a free HSE vaccination will be "exceptionally expensive".

Dr Maitiu Ó Tuathail, a Dublin-based doctor, said the roll out of the vaccination to boys in the first year of secondary school "is a very welcome development".

However, he believes the decision not to include a catch-up schedule for older boys "could cause difficulties" for parents due to the cost of the vaccine.

Under the HPV Vaccination Programme in schools, two doses are administered over a six-month period.

If a teenager is over the age of 15 when they get their first dose of the HPV vaccine, they will need three doses rather than two. 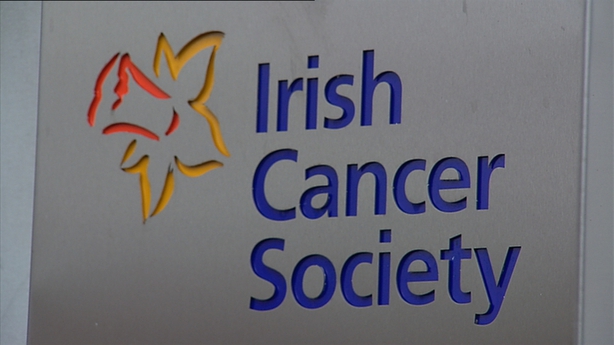 Chief Executive of the Irish Cancer Society, Averil Power, welcomed the extension of the programme to boys.

She said: "We are delighted this is now happening and urge parents to protect their boys and girls from preventable cancers by getting them vaccinated.

"If parents have any concerns, I urge them to seek advice from their GP or another trained medical professional," she added.

Meanwhile, the Minister for Health has said he will seek talks with social media companies aimed at stopping what he described as "the spread of misinformation and disinformation" about vaccines.

Simon Harris said he will write to the companies and invite them to meet him in the Department of Health with his medical advisors and the National Immunisation Office to look at how they can "work together to promote factual information."

"I think they have a responsibility in this regard," he added.

The minister also said a Vaccine Alliance, involving clinicians, policymakers and patient advocates, will be established next month "to push back against misinformation."