Fever, vomiting and severe diarrhoea are among the symptoms of the highly infectious and extremely lethal Ebola virus, which has claimed thousands of lives in a series of outbreaks in Africa since 1976.

With the Democratic Republic of Congo's (DRC) latest outbreak spreading to Uganda for the first time, here are some facts about the virus.

The average fatality rate from Ebola is around 50%, varying from 25% to 90%, the World Health Organization (WHO) says.

The virus is highly contagious, making it difficult to contain especially in urban environments.

It is transmitted to people from wild animals and spreads among humans though close contact with the blood, body fluids, secretions or organs of an infected person.

Ebola is believe to reside in bats, which do not themselves fall ill but can pass it on. 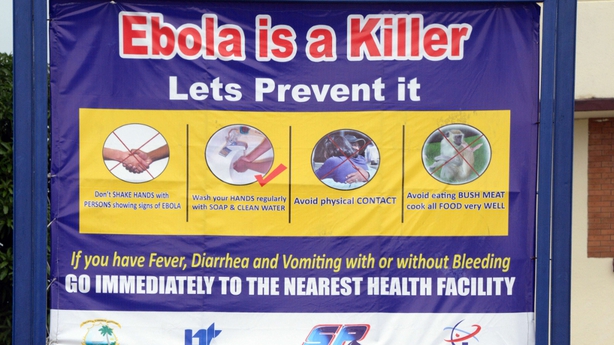 Chimpanzees, gorillas, monkeys, forest antelope and porcupines can also become infected, and humans who kill and eat these animals can catch the virus through them.

People who are infected do not become contagious until symptoms appear, which is after an incubation period of between two and 21 days.

After-effects have often been observed in survivors, including arthritis, problems with vision, eye inflammation and hearing difficulties.

Treatment and vaccine
At present there is no licenced drug to prevent or treat Ebola although a range of experimental drugs are in development.

After the DRC's 10th outbreak started in August, health authorities there began issuing the rVSV-Zebov vaccine on a large scale for the first time.

Developed by Merck laboratories, the vaccine is unlicenced but has been widely shown to be safe and effective, and the WHO has called for its deployment to be expanded.

WHO experts have also recommended introducing another experimental vaccine, the MVA-BN developed by Johnson & Johnson.

To contain the spread of the virus, patients and people who have been in contact with them are routinely isolated. 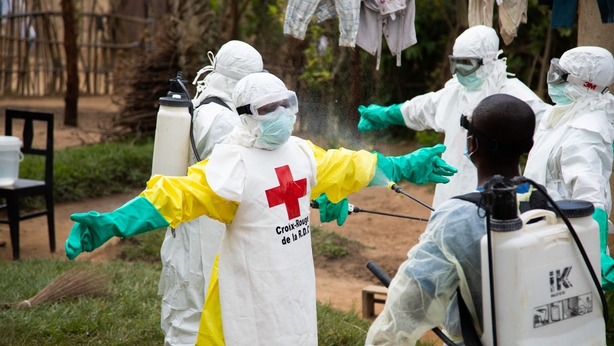 Named after a river

The virus was first identified in 1976 by a team that included a young Belgian microbiologist, Peter Piot, who later founded UNAIDS, the United Nations' agency against HIV/AIDS.

They named the virus after a river in the DRC - then known as Zaire - that was close to the location of the first known outbreak.

Four of the virus species are known to cause disease in humans - Zaire, Sudan, Bundibugyo and Tai Forest.

It claimed the lives of more than 11,300 people from the nearly 29,000 registered cases, according to WHO estimates. 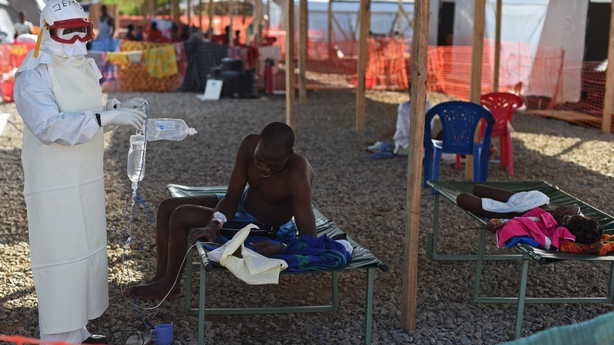 The real figure may have been significantly higher.

More than 99% of victims were in Liberia, Guinea and Sierra Leone, although cases appeared all over the world, sparking panic.

The WHO declared the epidemic over in January 2016, although it was followed by flare-ups in all three countries.

The current outbreak in the DRC is the worst since then. First recorded on 1 August 2018 in North Kivu province, on the border with Uganda, it had killed more than 1,300 people from more than 2,000 cases by 4 June, the healthy ministry said.

Uganda was infected for the first time in 2000 by a strain of Ebola that spread from Sudan and claimed 224 lives.