The number of Ebola cases in Democratic Republic of Congo has risen to more than 2,000, according to new government figures that show the growth of the epidemic is gaining pace.

Local mistrust of health workers and attacks on Ebola clinics by armed militias have contributed to an acceleration in what is now the second-worst outbreak of the virus on record.

The authorities said 1,346 people have been killed by Ebola since the outbreak was detected in August last year.

Health workers are reporting 15 to 20 new cases every day. 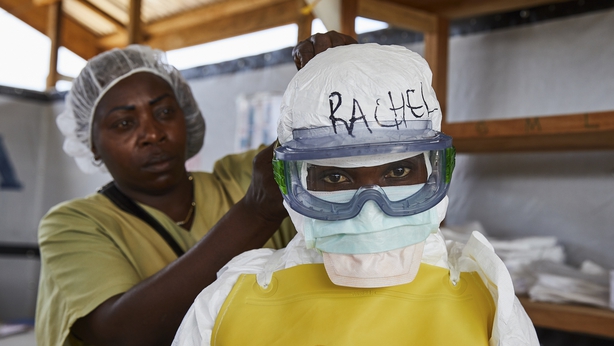 It is the first time Ebola has struck in a conflict zone and the World Health Organization has said the outbreak is unlikely to be contained unless violence stops.

"Since the start of the epidemic, the total number of cases stands at 2,008, of which 1,914 have been confirmed [by lab test] while 94 are probable," DR Congo's health ministry said.

Oxfam's director for the DRC, Corinne N'Daw, said: "It is clear the current response to tackle Ebola isn't working. No matter how effective treatment is, if people don't trust or understand it, they will not use it."

She added: "Our teams are still meeting people on a daily basis who don't believe Ebola is real ... many cases are going unnoticed because people with symptoms have been avoiding treatment."

"Worryingly, the number of Ebola cases has increased significantly in recent weeks to between 15-20 new cases per day," it said in a press release.

It called for a "reset" of the response, combining scaled-up aid with a greater role for local people in carrying it out.

The outbreak is the tenth in Democratic Republic of Congo since the disease was identified in 1976.