Consultants attending the annual conference of the Irish Medical Organisation in Killarney have warned of potential industrial action, if the Government does not end the two-tier pay system for specialists.

New specialists that have been appointed since late 2012 get lower pay.

Addressing the conference, Minister for Health Simon Harris said that a process will be established to deal with the issue.

In a statement, the IMO said it welcomed the commitment by the minister to begin the process the end two-tier.

Speaking after the Mr Harris’ speech, IMO President, Dr Padraig McGarry, said they would be writing to Mr Harris to seek a formal start to the process

"This issue has been allowed fester for  seven years  and it must now be addressed urgently.  Our expectation is that the process will commence within weeks and we expect the matter to be resolved and the pay differential cancelled within  months.  Anything less will be insufficient," he said. 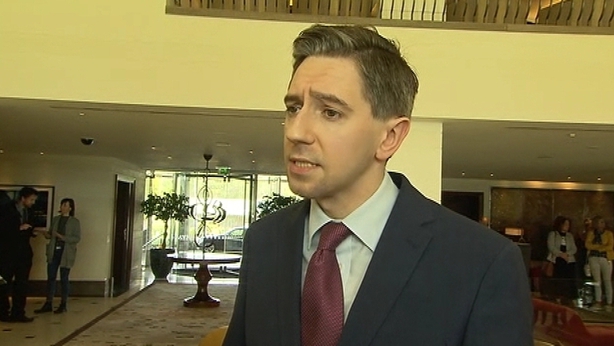 Dr McGarry said the issue was one of equity and fairness.

He said the time to sort out the issue was now, adding that the IMO would be moving quickly to begin the process to end two-tier pay.

Earlier the IMO said that GPs were responding positively to a new deal proposed by the Government.

The union’s GP Group went into private session at the IMO annual conference Kerry this morning to discuss the proposals.

If accepted, 400,000 people with chronic conditions will benefit from a new service from family doctors.

The €210m deal will see GPs get back fee cuts and provide new services for people with diabetes, asthma, heart disease and other conditions.

Free GP care for children under 12 years is also expected to be provided.

The chronic care service is due to start from next year and will initially target people aged 75 years and older and cover lower age groups, over four years.