Most of the money pledged towards the reconstruction of Notre-Dame Cathedral has yet to be collected, according to the Catholic Archbishop of Paris.

Donors had pledged about €1bn but "the greater part of these donations have not yet materialised", Archbishop Michel Aupetit said in a statement.

Notre-Dame Cathedral, in the historic heart of Paris, lost its spire and most of its roof in a major fire on 15 April, prompting an outpouring of support. 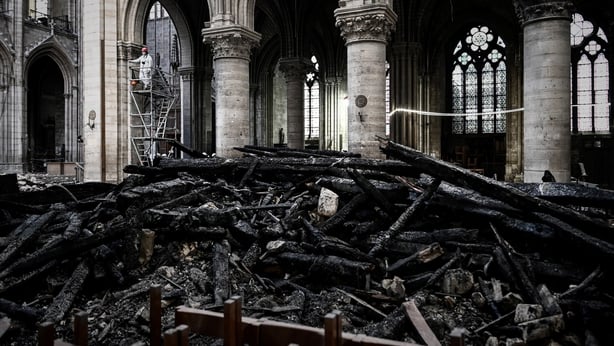 One of the four bodies tasked with collecting funds to restore Notre Dame, La Fondation du Patrimoine, last weekend announced that it had stopped doing so.

It said it had received €218m and that the total received towards restoring the cathedral came to €900m.

But French Culture Minister Franck Riester said: "It is premature to think that we have too much money collected."

The Paris archdiocese is coordinating the receipt of donations.

It runs the Notre-Dame Foundation, which the statement said had so far gathered €13.5m.

"That is why the collection continues," the archbishop added.

The foundation is in talks with the Pinault and Arnault families, rival French luxury goods empires that have pledged €100m and €200m respectively.

These major patrons will stagger their contribution according to how the reconstruction work develops, Christophe Rousselot of the Notre-Dame Foundation said.

He added that the collection of money was continuing because nobody could yet say how much the restoration work would cost. 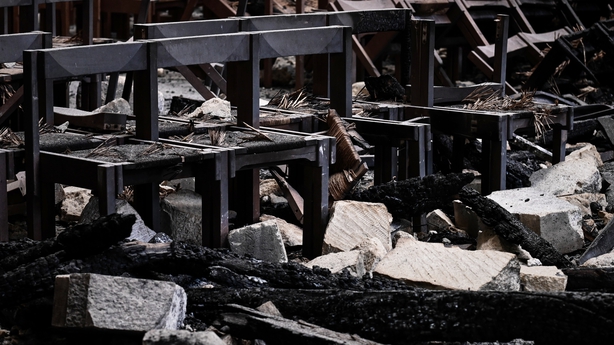 In the aftermath of the fire, French President Emmanuel Macron vowed to rebuild the cathedral "even more beautifully" within five years.