The laws would also exempt government from independent control by the courts.

The ruling populist right-wing Fidesz party of Hungarian Prime Minister Viktor Orban passed both new laws on Wednesday, over opposition protests inside parliament and rioting on the street.

Around 3,000 demonstrators gathered at parliament last night and later blocked traffic on one of the bridges over the Danube, shouting "Dirty Fidesz" and "Orban go to hell".

The protesters were mostly upset with labour rules, which allow employers to require up to 400 overtime hours per year.

It comes on the back of further protests against the legislation last weekend.

The government argues the changes will benefit both those wanting to work more hours and employers who need more manpower.

"We have to remove bureaucratic rules so that those who want to work and earn more can do so," Mr Orban said on Tuesday.

On Wednesday, he insisted that "the government is on the side of the workers".

But trade unions and opposition parties have demanded the scrapping of what they call the "slave law".

The government rejected this assumption. 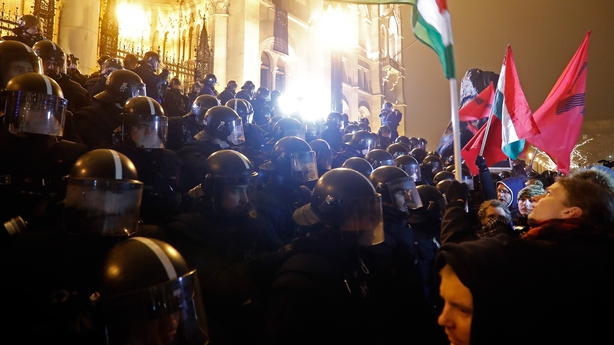 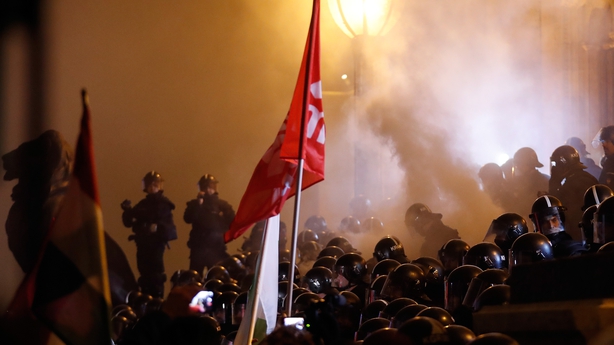 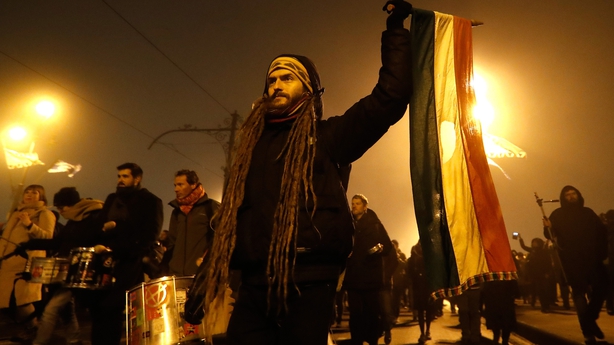 Mr Orban has eroded democratic checks and balances since taking power in 2010, stacking courts and watchdog institutions with loyalists, turning much of the media into a propaganda machine, and favouring friends in public procurement.

In recent weeks, he chased a prominent US private university out of the country and smoothed the way for a huge new pro-government media group, which formed as Orban associates donated vast media holdings to it.

International partners have failed to get him to stop.

Mr Orban is in Brussels for an EU summit, for talks on Brexit, the eurozone, migration and Russia, among others.

In September, the European Parliament voted to impose sanctions on Hungary for flouting EU rules on democracy, civil rights and corruption.

Certain of the support from Poland, Hungary rejected the accusations.

Despite any popular resentment, Mr Orban's reshuffle of the electoral system and the lack of a unified opposition has allowed him to retain a two-thirds parliament majority with only about a third of the electorate supporting him.

He continues to enjoy that much support, easily beating most of his rivals put together, polls show.