Ireland's post-Brexit representation in the European Parliament is set to increase from 11 to 13 seats after a vote in Strasbourg.

Members voted to reduce from 751 to 705 the number of MEPs after the UK leaves the EU.

It was agreed that 46 of the 73 seats freed up after Brexit would be made available for possible EU enlargement in the future.

The remaining 27 UK seats would be shared out among the 14 under-represented EU countries, including two seats for Ireland.

However, the parliament rejected a proposal for reform of how some MEPs are elected.

The plan calling for a number of MEPs to be elected from an EU-wide electoral constituency or "transnational list" was rejected today in a vote.

MEPs and prime ministers around Europe have been divided over the proposals.

Taoiseach Leo Varadkar indicated his support for the plan when he appeared before the parliament last month.

But the issue proved divisive, even within the Europe People's Party, the political grouping of which Fine Gael is a member.

Fine Gael MEP Sean Kelly was critical of the transnational lists, saying they would lead to "elite MEPs" being "accountable to nobody".

His party colleague, Mairead McGuinness, welcomed the fact that Ireland would get two extra seats.

She added: "My Taoiseach last month supported the transnational list and perhaps it comes to this. It is a concept but maybe it is not of its time now."

Sinn Féin MEP Matt Carthy said: "I welcome the parliament's rejected the very notion of transnational lists. It was a ludicrous idea to start with.

"It's very embarrassing for the Taoiseach because Leo Varadkar came to the parliament last month to champion the idea of transnational lists. Not only did he fail to secure the majority support in the European Parliament, he failed to secure the endorsement of his own MEPs.

"It's quite clear that people saw this as a move by those federalists within Europe to try and remove more power away from the citizens and into the hands of the larger member states." 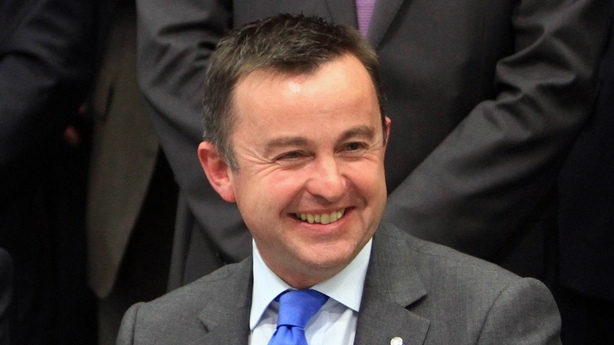 Meanwhile, Fine Gael MEP Brian Hayes has warned that Ireland could lose out on its two extra MEPs.

Under Irish electoral law, to change the composition of constituencies, an independent boundary commission must be established.

He advocates establishing such a commission on the basis of 13 seats and, if the UK does not leave by March 2019, then it would revert to the default position of 11 constituencies and three constituencies as we have now.

The parliament in Strasbourg backed the lead candidate process for selecting the next president of the European Commission.

It voted by 457 votes to 200 to adopt a resolution saying the assembly would reject any candidate for the presidency that not been appointed in this way in the run-up to European elections.

There were also clear divisions among Northern Ireland MEPs.

As it would lose its three MEPs after Brexit, Sinn Féin believeS that Irish passport holders in Northern Ireland should be represented by MEPs in Europe.

Sinn Féin's Martina Anderson claimed "the Brexit-DUP-Tory agenda" would result in the denial of the fundamental right to vote for people in Northern Ireland.

But DUP MEP Diane Dodds has labelled the Sinn Féin proposal to give Irish passport holders in Northern Ireland votes in future European elections as a "political stunt".

The composition of the European Parliament for 2019-2024 is one of the topics expected to be debated by EU leaders later in the month.