A leading climate change expert has raised significant concerns about how the programme for government published yesterday intends to achieve a 7% average reduction in greenhouse gas emissions.

Emeritus Professor of Geography at Maynooth University John Sweeney said it appeared that reductions due to take place in the first five-year carbon budget, might not be "fully realised" until the following five-year budget.

He said this would leave what he termed "a legacy" to the next government, rather than achieving the "necessary reductions" during the current Government's term - through methods such as "herd reduction".

Professor Sweeney, a regular contributor to the UN Intergovernmental Panel on Climate Change, said: "Backloading the 7% commitment to the second half of this decade is not good and runs the risk of repeating the experience of the past, when aspirations and commitments were not realised."

He also described as "disturbing" the use of the term "biogenic methane" in the programme for government because, he said, the "atmosphere recognises no such distinction."

He said: "There is unlikely to be any scenario whereby - without an absolute reduction in Irish methane emissions - the end product will be compatible with the 7% emissions reductions target."

Prof Sweeney said these problems were "compounded by the delay" in quantifying annual emissions figures. He said the only statistics currently available are from 2018 - meaning that "the 2025 performance will only be available in 2027."

He described as "crucial" the five-year budget cycle and argued that clarity was needed on how individual departments interact with the new Climate Action Council; and what sanctions will apply for sectors not meeting their reduction targets.

While describing as "sound and ambitious" the proposed measures to facilitate the 7% emissions reductions, he warned that many of the ideas are "strategies, policy objectives and - at this stage - aspirational".

Prof Sweeney said the Programme for Government is the most radical from a climate point of view that we have seen, but its implementation needs to be monitored very carefully.

Speaking on RTÉ's Today with Sarah McInerney, he said Ireland is facing choices of inter-generational equity: "Do we want to leave the problems for the next generation and make it a harder choice for them, or are we willing today to grasp the nettle of this problem and begin to chip away at it in a meaningful way over the next three or four years?".

He said overall this is a deal that probably will not be repeated, but the problem will come in its implementation in the next 100 days, when we see just what will the Climate Bill deliver and what will the Carbon Budget allocations per sector work out at.

He added that the agriculture sector has been a very strong beneficiary of the deal and farmers "should grasp this deal as quickly as they can".

Constitutional future to be considered in Seanad 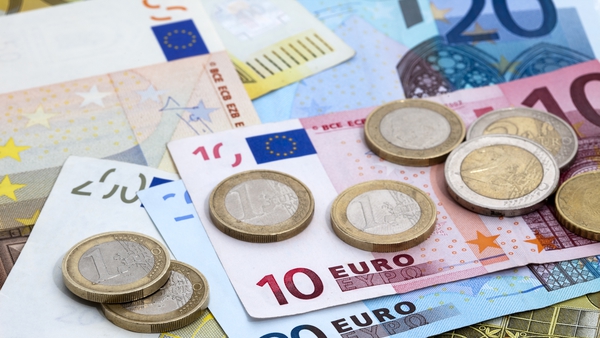