The shape of the next government remains uncertain after a historic General Election saw Sinn Féin crash the long-standing domination of Fianna Fáil and Fine Gael.

While counting will continue through today, and the final results remain a way off, it is clear the country now has three big players on its political stage.

Sinn Féin emerged as the most popular party in the country, securing the most first preference votes and topping the polls in the vast majority of constituencies across the State. 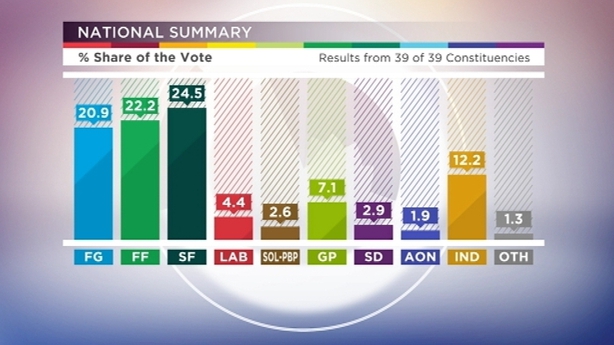 Despite that, Fianna Fáil remains best placed to secure the most seats, primarily due to Sinn Féin's failure to field enough candidates to capitalise on its unexpected surge at the polls.

Fine Gael and Taoiseach Leo Varadkar look like being the losers, with several high-profile TDs, such as Regina Doherty and Mary Mitchell-O'Connor, losing their seats and several more in trouble.

None of the three parties will come close to securing enough seats to achieve a majority in the Dáil, so thoughts have already turned to the potential make up of a coalition administration.

Smaller parties such as the Greens, Labour, the Social Democrats and Solidarity/People Before Profit, and a sizeable number of independent TDs, may all be courted as the main parties seek junior coalition partners.

Though he later cautioned observers not to "jump the gun" in interpreting his remarks as a signal an alliance with the party was in the offing.

Mr Varadkar was more unequivocal in his response, making clear his party's stance on not dealing with Sinn Féin was unchanged.

Mrs McDonald said she was willing to talk to all political leaders but expressed a desire to lead a coalition made up of left-leaning parties, without any input from Fianna Fáil or Fine Gael. 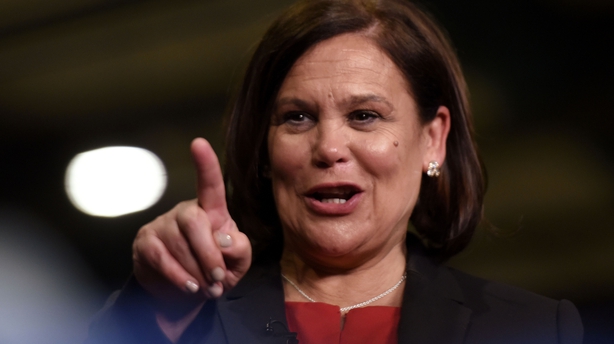 While it remains unclear whether it will ultimately be part of any future coalition, Sinn Féin's performance has undoubtedly sent shockwaves through the political establishment.

The party has been left to rue its decision to run significantly fewer candidates than its two main rivals, 42 compared to Fianna Fáil's 84 and Fine Gael's 82.

That will see a significant number of Sinn Féin surplus votes being transferred to other parties in the proportional representation contest.

It is a shakedown that could benefit Sinn Féin indirectly, if its surpluses boost the numbers of potential left wing partners in government.

At his count centre in Cork, Mr Martin would not rule out working with Sinn Féin or Fine Gael, having definitively refused to countenance either as coalition partners during the campaign. 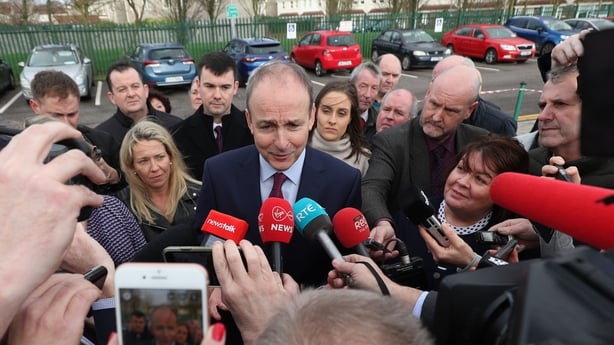 The Fianna Fáil leader, who acknowledged his party looked like being on course to win the most seats, was repeatedly pressed to restate his opposition to a potential Sinn Féin partnership.

While insisting there were "significant incompatibility" issues in terms of policy, he did not dismiss the suggestion outright.

But he added: "Our policies, our positions and principles haven't changed overnight or in 24 hours."

In a result emblematic of the Sinn Féin surge, the first seat declared in the election was the party's Donnchadh Ó Laoghaire, who topped the poll in Cork South Central ahead of Mr Martin. 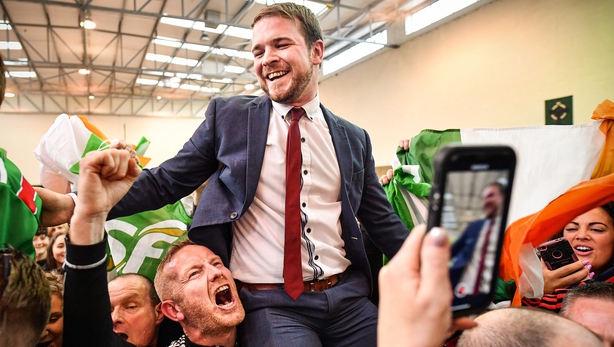 Mr Varadkar was also outpolled by a Sinn Féin candidate in Dublin West, Paul Donnelly, with the Taoiseach only getting over the line after the fifth round of counting.

The Fine Gael leader, whose party is predicting a seat total in the "mid to high 30s" having entered the campaign with 47, said he would not be speaking to Mrs McDonald with a view to forming a coalition.

If parties do ultimately stick to their pre-election pledges then it would be extremely difficult for any of the three to form a stable government.

She said she had been in touch with the Greens, Social Democrats and People Before Profit to discuss the prospect of them joining her party in government.

"It's been an election about change," she said.

"The extraordinary thing is that it seems that the political establishment, and by that I mean Fianna Fáil and Fine Gael, are in a state of denial.

"They are still not listening to what the people have said.

"I have started the contact with other parties to explore over the next days whether that is a possibility."

Asked if the result marked a revolution in Irish politics, Mrs McDonald replied: "Yes, you could call it that for sure." 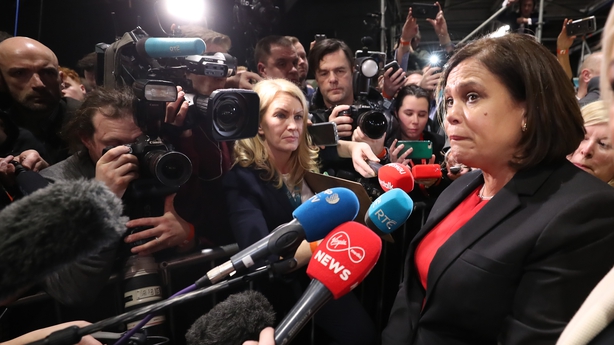 The uncertainty created by the results has even thrown up the possibility of another General Election.

There are 160 seats in the Dáil. Ceann Comhairle, Seán Ó Fearghaíl is automatically re-elected, leaving 159 seats up for grabs and 80 the magic number for a majority.

A new confidence and supply deal cannot be ruled out, potentially a reverse of the last one, with Fine Gael supporting a Fianna Fáil-led minority.

The fractured vote could even force Ireland's two traditional political superpowers to contemplate the once unthinkable, a grand coalition in government together.