Labour is the last party to launch its election manifesto, while the party leaders are preparing for tonight's RTÉ leaders' debate.

Roisin Duffy reports on the latest updates on the election campaign trail for RTÉ's News At One.

Meanwhile, Alan Kelly spoke on RTÉ's News At One in defence of his party leader, describing Ms Burton as "the biggest fighter he has ever seen".

The CEO of Red C has said that the debate between "recovery and fairness" in this election has become a battleground.

Ahead of the leaders' debate on RTÉ tonight, CEO of Red C Richard Colwell discusses the findings of the latest opinion poll on Morning Ireland.

Coalition 'some way short' of return to power

On the trail with the Social Democrats 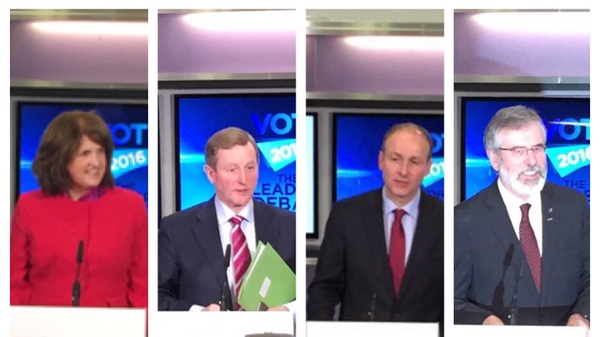