Minister for Education Norma Foley said she had a "positive and constructive" engagement today with partners on Leaving Cert 2022.

Student and parent representatives met Department of Education officials this afternoon to discuss plans for the Leaving Certificate. Teacher representatives and bodies such as the State Examinations Commission were also in attendance.

He said: "Students were anxiously hoping for clarity today - unfortunately it seems they haven't got it."

Mr Ó Laoghaire said it was now "vitally important that happens as soon as possible".

The Cork South Central TD added: "The solution must be focused on a choice for Leaving Cert students. I would urge the minister to deliver that."

Labour Party's education spokesperson Aodhán Ó Ríordáin said the decision on the format of the exam "quite frankly should have been made by now".

He said that while the minister obviously needs to engage with all stakeholders, "the signs have been there since July that a much different approach is needed".

He urged Minister Foley to "make an appointment in the coming days, so as to relieve the unbearable pressure on students".

All sides are said to be working constructively to find common ground on how to approach this year's exams.

Both student and parent groups said earlier they were "hopeful for an open and constructive discussion on the 2022 State exams with a decision being made as soon as possible".

The National Parents Council backed student calls for a hybrid Leaving Certificate this year, to include an accredited grades option.

The two organisations said surveys showed a common sentiment from parents and students; that a hybrid model should be adopted for this year's State exams.

The ISSU survey saw 68% of Leaving Certificate students put a hybrid model as their first preference. The NPCPP says this is mirrored in a survey it is carrying out, which has found 65% of parents in favour. 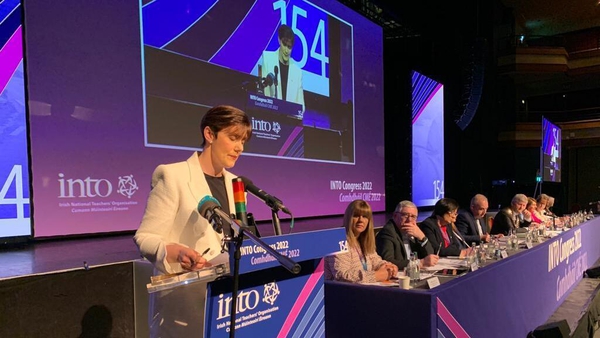