A Co Mayo primary school which closed over Covid-19 concerns will reopen on Monday following instructions from the Department of Education.

Yesterday, Claremorris Boys National School told parents it would close its doors today due to concerns around the level of Covid-19 among pupils.

Around a dozen pupils have tested positive for Covid-19 since the school reopened after the mid-term break.

In a note to parents on its website this evening, the school said it had been left with no option but to reopen.

However, principal Mark Loftus added that parents who wished to keep their child at home would have his "full support".

"Your concerns and fears are very much shared and fully supported by me. Thank you for all your tremendous support and encouragement", the statement said.

The school, which has 125 pupils, stressed that it had intended providing online platform learning for pupils at home until the Christmas holidays begin on Tuesday 22 December.

Mr Loftus told RTÉ the school had not taken the decision to close without approval from the authorities lightly.

The Holy Family Senior School in Portlaoise released a statement saying the HSE has "worked with the school, recognising the need to close onsite".

The school added that education will continue online.

The Department of Education told RTÉ News that there is no public health rationale for altering agreed standardised school breaks, unless directed by the HSE.

It has reiterated that schools should close for the Christmas holidays as arranged.

The department said: "These holiday periods have been fixed to allow parents and the school communities to plan ahead for basic work, child minding necessities and any other family plans at this time of year."

It said schools were required to follow public health advice, but it said it understood that schools and principals had been "working tirelessly through these unprecedented times".

Earlier, Claremorris BNS said that despite not being able to secure sanction for closure from the department and the HSE public health, "this is the only practical way we can help prevent further elevation and spread of Covid-19 cases among the school community".

It said the decision had been a "very difficult" one.

There have been around 12 positive cases since pupils and staff returned from the mid-term break. The cases have occurred across several different classes.

HSE data shows that the Claremorris region currently has one of the highest incidences of the virus nationally.

The current local rate stands at 258 per 100,000 of the population. That is more than three times greater than the national figure, which stands at 80.

The principal of the school had said they were "left with no alternative" but to close in order to "allay fears and anxieties among the school community".

Speaking on RTÉ's News at One, Mr Loftus said he understood the rules that require all State-funded schools to remain open, but he said "the idea of keeping schools open at all costs is just not acceptable".

"We were left with no alternatives because we really felt that it was time for us to be both proactive and reactive in this situation, and while we understand the position that public health has put forward, the real-life situation on the ground is a very different one.

"And this idea of keeping schools open at all cost is just not acceptable in these very unfortunate and scary times," he said.

Mr Loftus explained that he had pleaded this week with public health to close down the school, but that he had been told there was not enough evidence of cross infection taking place within the school.

In a statement posted on the school's website earlier, Mr Loftus said: "We are deeply frustrated at the system adopted by public health on cross infection levels and the department regarding Covid-19 and its effects, to insist that schools remain open at all costs."

He said it had been an extremely stressful, anxious and unfortunate situation for pupils and families, and that the school had tried its absolute best to keep the virus out.

Mr Loftus is among a number of staff at the school who have been deemed close contacts and who are currently unable to attend work due to a requirement to restrict their movements.

He said he had found it impossible to secure substitute staff to cover for absences because any substitute teacher that was available was "understandably" too anxious to enter a school with an ongoing Covid-19 outbreak.

The principal said the school felt it had no choice but to close down to try to prevent a further spread, especially in the run-up to the Christmas holiday period.

The closures come as the latest HSE Covid-19 schools data shows that 60 cases were detected directly in schools last week. This compares to 38 in the previous week.

Last week's data is likely to include cases from one relatively large outbreak at a Cork primary school. Out of the 60 school cases recorded last week, 54 were related to primary schools.

Testing was undertaken in relation to 107 schools last week, with 2,368 students and school staff tested, while 2.5% of all those tested were found to be positive. 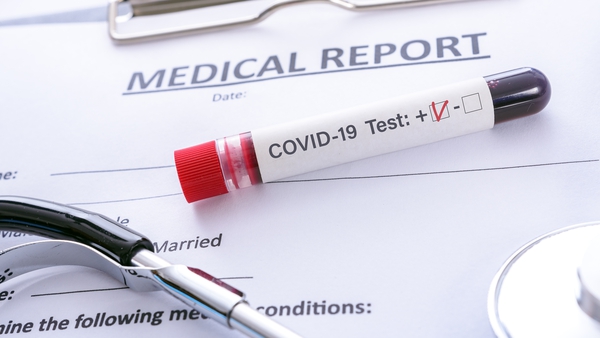 Holohan in appeal to parents in bid to tackle Covid