The Minister for Education has said his department first became aware of structural issues in some schools last week.

Joe McHugh said that while there were a "lot of red lights" in relation to fire safety in some school buildings, concerns about structural issues only emerged when deficiencies were discovered in Ardgillan Community College in Dublin last Friday.

He was responding to claims in the Dáil yesterday by People Before Profit TD Richard Boyd Barrett, who said the Department of Education had been warned of concerns about school buildings seven years ago

He also said that the project management company KSN were involved in the Ardgillan school, but they were employed as the representatives of the department and were "in no way involved" in surveillance, ensuring safety or structural issues

He said the onus was on the contractors and designers to ensure that standards were met and that is where the onus lies to this day.

The minister said following a tendering process KSN was appointed to carry out the review in 42 schools but it was not doing the structural assessment.

He said he hoped that the result of some of those assessments would be available to him by tonight or tomorrow morning.

The minister was speaking at a visit to Letterkenny Educate Together where a structural assessment is currently under way. 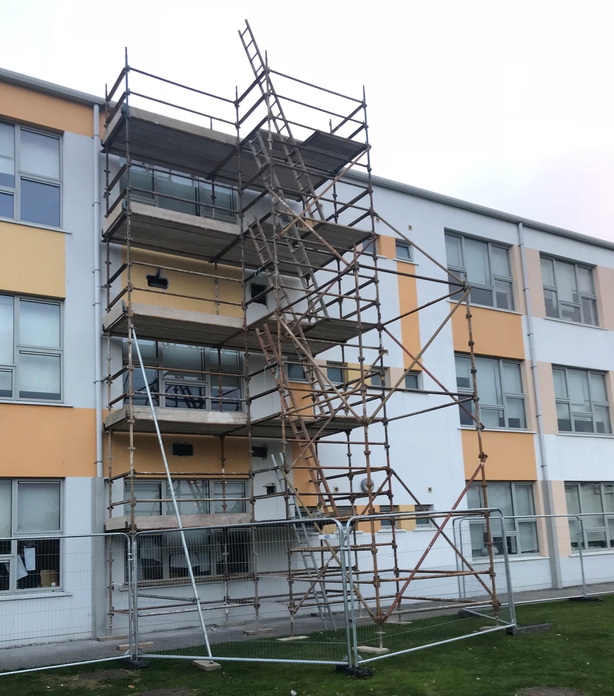 More than 40 schools built by Western Building Systems are being assessed for problems. Three of them have already closed due to safety concerns.

In a statement this evening, the department said the ground floor of two of the schools, Educate Together National School and St Luke’s National School, will re-open after the midterm break on Monday 5 November.

It said: "This will facilitate about half the classrooms in each school and special needs children will be prioritised.

"It is envisaged that preparatory work on these solutions will commence on Monday, 29 October, with a contractor to commence on site on Tuesday, 30 October.

"Work is ongoing, in consultation with the school principals, to confirm the interim accommodation arrangements for the remainder of the classes. The school principals will keep staff, students and parents fully informed as this is confirmed.

"Arrangements have been put in place by Dublin Dun Laoghaire ETB to ensure that Ardgillan Community College will be able to accommodate all students when it reopens after the mid-term break, using the shared community hall and some facilities in a neighbouring school."