The Department of Education has said that it will carry out "urgent structural assessments" of 30 schools built in the past ten years.

It follows the discovery of "significant structural issues" at Ardgillan Community College in Balbriggan, Co Dublin.

The department has said the surveys would begin in the coming days.

The schools in question were all built by Tyrone-based construction company Western Building Systems.

The department has also initiated legal proceedings against Western Building Systems in relation to four schools.

A spokesperson told RTÉ News that the department remains in ongoing consultation with the Chief State Solicitor's Office in relation to these cases. 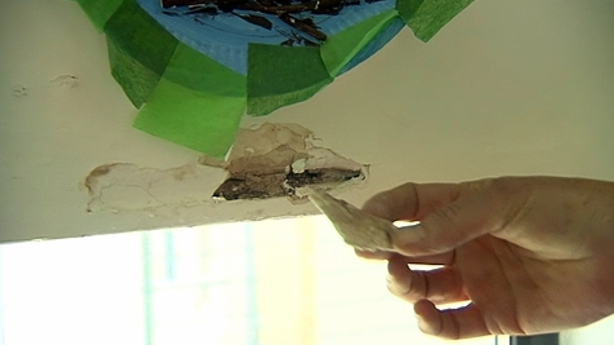 On Friday, engineers carrying out fire remediation work at Ardgillan Community College discovered that ties that fix the exterior walls to interior walls were inadequate.

A decision was taken to close the school building affected with immediate effect.

This is an 18-classroom section of the school that was constructed by Western Building Systems in 2009.

A second building, constructed in 2015 by a different company, is not affected.

The Department of Education has now decided to examine the structure of all school buildings built by WBS between 2008 and 2013.

It said priority would be given to schools built by the company in 2008 and 2009.

These were so-called 'rapid-build' modular schools, constructed quickly to meet an acute school shortage at the time.

The department has said that the minister's "number one priority" was the safety and welfare of students and staff.

All of the 30 schools have already had fire safety assessments carried out over the past year. 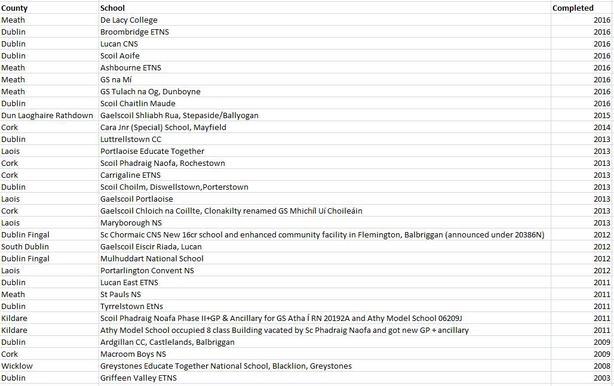 These examinations were made on foot of fire safety breaches that were discovered in six schools built by WBS.

The Department of Education has said issues related to fire safety were discovered in all the schools, although the issues uncovered are in some cases minor, according to the department.

One school built by Western Building Systems in 2008 is due to be demolished shortly.

Rush Lusk Educate Together was one of the first buildings where fire safety breaches were discovered.

The building is now completely safe, but it is considered no longer fit for purpose.

It is currently building one school, Shellybanks Educate Together in Sandymount in Dublin. 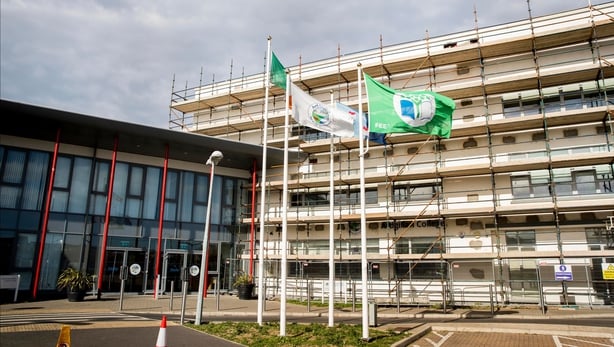 The Department of Education said oversight on construction projects now is "vastly different" to the regime that was in place between 2008 and 2013.

There was disagreement in September of last year between the department and Western Building Systems as to responsibility for the failings.

Western Building Systems claimed that the Department of Education would have inspected the work and itself issued "a final, substantial completion certificate".

In a statement issued at the time, it said all built schools went through a process of inspection prior to handover, conducted by departmental representatives, and that following this process those representatives issued a certificate.

The company said it believed all of its school buildings met all relevant fire safety and building regulations that prevailed at the time of handover.

But the department has maintained that the contractor was responsible for applying for and securing the fire certificate for the buildings and for certifying that the building was constructed in accordance with the fire safety regulations.

Repairs could take a year

The CEO of Dublin and Dún Laoghaire Education and Training Board has said he expects all students at Ardgillan Community College can be accommodated "in some place" after the midterm break, but warned it could take up to a year for repairs to be completed.

Over the weekend, the school asked students to stay at home this week as it closed a section of the building due to structural issues.

Paddy Lavelle said students could be accommodated at other sites in the area, or in prefabs on the school site.

He said: "We would expect that after the midterm break we will be able to accommodate all students in some place, whether it's in other accommodation in the area or else in pre-fabs on the site.

"It will take some time to get pre-fabs onto the site. Once the structural engineer opens up some more, we will know more.

"But at the moment we have to leave the building unoccupied for safety reasons. It will take some time to remediate the works so it could be up to a year."

Mr Lavelle explained the problems were discovered because of fire retardant works. However, he said the school has been closed because of stability and not fire hazard issues.