More than 57,000 students have received the results of their Leaving Certificate exams at their schools.

This is the second year that sees candidates measured according to a new marking structure, with a smaller number of numerical grades replacing the old alphabetical system.

It said that last year, eight students achieved the same grade in the same number of subjects.

The number of people who sat the exam this year is slightly down on 2017.

However, the overall picture that emerges from this year’s aggregate Leaving Certificate results is one of stability. Compared with last year, there is very little change.

In terms of the subject choices students are making, or whether to opt for Higher or Ordinary level papers, any fluctuations are generally small.

A comparison with the results of four years ago reveals a little more change. Over time for instance, more students are opting to sit higher level papers.

Other long term features of Leaving Certificate results also remain, including higher failure rates in subjects such as Physics and Chemistry compared to others.

However, the number of students achieving top marks in these subjects also continues to be higher than most others.

Almost 900 students sat the first ever exams in a new subject, Politics and Society. Just over 6% of them have achieved the top result - a H1.

Minister for Education Richard Bruton congratulated students and said "no matter what your results are, the doors of education are always open".

He said the higher failure rates in subjects such as Physics and Chemistry when compared over a four-year cycle were down to the fact that more students were taking honours levels in these subjects. 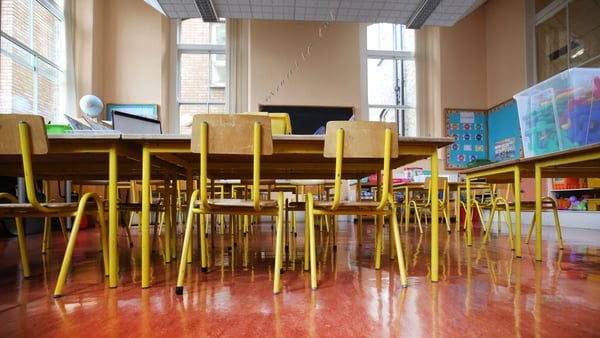