The Public Accounts Committee has criticised the Department of Education's approach to redress payments agreed between the State and Catholic religious congregations over the institutional abuse of children.

In a report published today, the committee accused the department of a "lack of determination" to bring the transfer of property under the Redress Scheme to a conclusion.

In its latest Periodic Report the committee says that after 16 years, the ongoing delay is not acceptable and could also lead to additional costs to the State because of remedial work that may be required on transferred properties which have fallen into disrepair.

The report highlights the case of five properties that were transferred to the State as part of a 2009 agreement with the religious congregations.

In 2009 the properties were valued by the congregations at €10.75 million.

However, the committee says that at the time of transfer, their value was less than a tenth of that amount, €1.38 million.

The committee says that this represents "a significant loss for the State and for the recipients of services funded under the Redress Scheme".

It says that the State should have carried out its own valuation of the properties offered by congregations as part of the 2009 Voluntary Agreement.

The committee also says it believes that the department has not provided adequate information to the public in relation to the Redress Scheme and the transfer of properties to the State.

It has recommended that the department "urgently concludes" the transfer of property from religious organisations to the State through the Redress Scheme.

It says there are ten properties awaiting transfer to the State and it says that the State should carry out its own independent valuation of the properties.

In December, the Department of Education told the committee that just slightly under half of what had been offered by the congregations in 2002 and in 2009 had yet to be realised.

In a letter the department said that out of a total of €445.42 million offered, to date just 50.4% has been realised, with the rest outstanding.

Of the €128 million offered in the 2002 indemnity agreement, the bulk has been paid over but 4% has yet to be received.

Meanwhile the Dáil spending watchdog has also called for greater scrutiny of the way public money is spent by RTÉ.

In a report published this afternoon, the committee said it is not acceptable that there is no service level agreement in place between RTÉ and the Department of Communications, Climate Action and Environment.

The committee said RTÉ received €179m from the department last year and "further clarity should be brought to the oversight arrangements of RTÉ in addition to the provision of the Broadcasting Act". 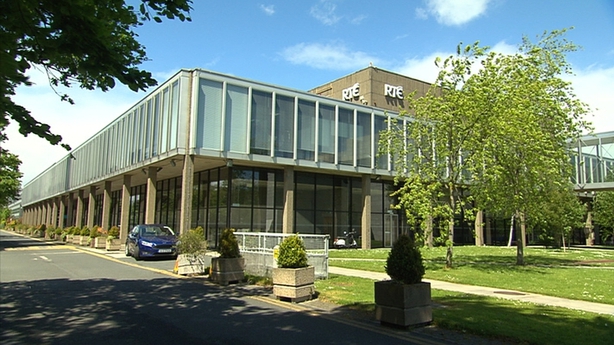 At a meeting in November last year the committee was informed by the Secretary General of the department that a formal oversight agreement would be in place between the department and RTÉ by the end of 2017.

However the committee was subsequently informed in writing that the department considered that it was possible that a service level agreement would "undermine the independence of RTÉ".

"This lack of consistency in evidence to the Committee is a source of concern" the report said today.

It added "the Committee believes that a service level agreement can be put in place between the Department and RTÉ without compromising the broadcasting independence of the organisation".

Mr Fleming said "it is a requirement of the Department of Public Expenditure and Reform that all bodies in receipt of public money should have a service level agreement and this hasn't happened here.

"We're not aware of any evidence that the department of Public Expenditure has been asked for derogation in this case, so we will pursue this matter."

Sinn Féin TD David Cullinane said RTÉ is an example of where €170m of taxpayers' money transfers from the department to RTÉ, and the accounting officer was not able to answer any questions about how that money was spent.

He said the committee was told that there was no legal requirement for a service level agreement, but that does not mean it should not be put in place to ensure we have higher levels of transparency.

"It’s not good enough that about 15% of the total expenditure of a Department, and we as public representatives are not in a position to put questions of any significance to the accounting officer. I don't think that's good enough," he said.

"We have invited RTÉ to come before the Public Accounts Committee and I hope they will take that up," he added.

He said he also accepted completely the independence of RTÉ, and the committee should not stray into areas of policy, or interfere in the programmes which are made in RTÉ.

"But equally they should be held to account for taxpayers money, and at this point in time there is no mechanism to publically hold them to account and I think that needs to change," he added.

The PAC has criticised the means by which professional advisors and consultants are appointed to fulfil certain duties in the public sector.

In its second periodic report arising from engagements with public bodies and government departments, the PAC says it is not good practice to acquire such services on open-ended contracts that are "extended repeatedly beyond their original stated timeframe without being re-examined and re-assessed on a regular basis."

It specifically criticises the appointment of advisors on the National Broadband Plan and the Special Liquidation of the Irish Bank Resolution Corporation.

The committee says it is reasonable to expect that contracts would be re-examined over a project's life cycle.

It recommends that such engagements have a time limit attached at the end of which the contract would be put up again for tender.

The committee believes this is necessary to ensure value for money for the taxpayer.