Parents at the Educate Together National School in Harold’s Cross, Dublin are getting the chance to borrow cargo bikes, e-bikes or folding bikes as part of a new bike library pilot project.

It is being run by Francesco Pilla who is a Professor of Smart Cities at University College Dublin.

He says: "It's about giving a choice to parents when they are travelling to school with their kids, a choice to use a bike rather than a car."

While cycling is one of the cheapest forms of transport, the initial cost of buying a bike, particularly cargo or e-bikes which cost thousands of euros, prevent it from being an affordable or attractive option for many.

Prof Pilla explains: "As e-cargo bikes are quite expensive, I think that creates a barrier because parents or families don’t feel like investing such an amount of money….but I think once they try them and feel the convenience, how it’s easy to go around and bring kids to school they might want to invest".

In Harold’s Cross, families are already taking delivery of a free loan bike. 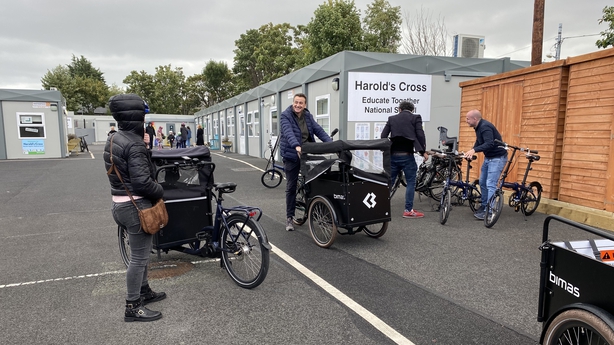 Pete Drumm and Marie Moran are looking forward to taking their daughter Nancy to school on an e-bike.

"It's better than taking the car to school and we have the chance now to try out the e-bike without investing the two grand or whatever it costs for an e-bike..and hopefully it’ll open wider journeys as well, maybe to her Granny’s, to the park, all that kind of stuff without having to get into the car", Pete says.

Marie adds they lived in a town in the US that was very bike friendly.

She says: "It felt very very safe, which I’m not so sure about in the context of Dublin’s narrow roads.

"But I think that electric bikes and cargo bikes have that added safety feature where on an ordinary pushbike you feel a bit more precarious."

Colin Aherne was picking up a cargo bike that he will use for getting his two boys, Séamus and Tomás to and from creche and school.

"The idea of having the two boys in the bike together, where I can keep an eye on them is really really great. Also with the cover being able to cycle in all weathers is fantastic", Mr Aherne says.

Cormac Deane often cycles to school with his children but sometimes drives or takes the bus.

He is borrowing a folding bike which will make it easier to cycle and keep his options open when he continues his commute.

For this pilot project families will be given a loan of a bike for the duration of the school year, at no charge.

The scheme is part of the iChange project funded by the European Commission and is supported by Science Foundation Ireland.

The bikes are provided by Bleeper bike which has a contract with UCD.

Francesco Pilla hopes this pilot will persuade the Department of Education or one of the local authorities to fund similar Bike Libraries in other schools.

He argues actions like this are needed for Dublin to meet its commitment as a participant in the EU Mission for 100 climate-neutral and smart cities by 2030.

"It’s all about basically trying to meet the climate targets for the city and have more sustainable options instead of the car and reduce transport emissions", he says.

The Energy Agency for Dublin, Codema, forecast in its Energy Masterplan for the capital that a business-as-usual model would see transport emissions rise by 9% by 2030 and by 17% by 2050.

It also modelled what would happen if the 2019 Climate Action Plan was implemented and predicted that it would result in a 33% drop in transport emissions by 2030, driven mainly by motorists switching to electric vehicles.

Another "increased ambition" scenario saw a 51% drop, which would require the entire transport fleet to consist of electric vehicles and the number of kilometres driven by all cars to be cut in half.

That would need a massive increase in journeys made by e-bikes, other bikes and public transport. 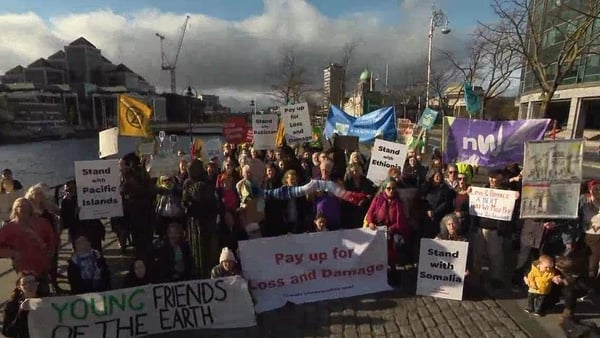 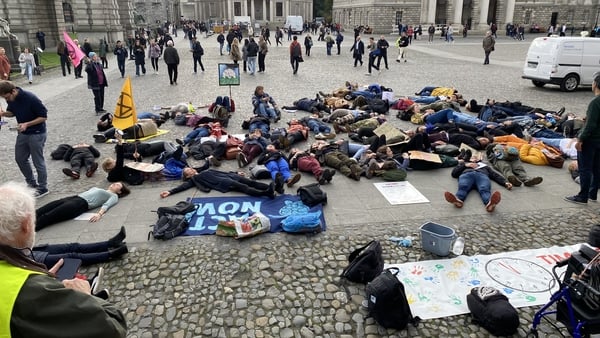