One man has been injured in a fire at the Freemasons' Grand Lodge in Molesworth Street, Dublin.

It is understood parts of the building have been badly damaged in the blaze which broke out at around 5:20pm this evening.

Gardaí say the scene has been preserved pending further examination 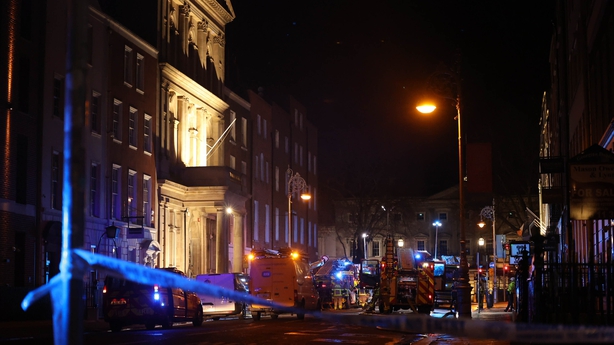 A statement by Dublin Fire Brigade noted: "At 5.40pm, the Eastern Regional Control Centre received a 999 call reporting a fire in the Masonic Lodge on Molesworth Street.

"Three fire appliances, a turntable ladder, district officer and ambulance were dispatched to the scene.

"Firefighters using breathing apparatus fought the fire containing the fire damage to one room. The fire was extinguished shortly after 6pm." 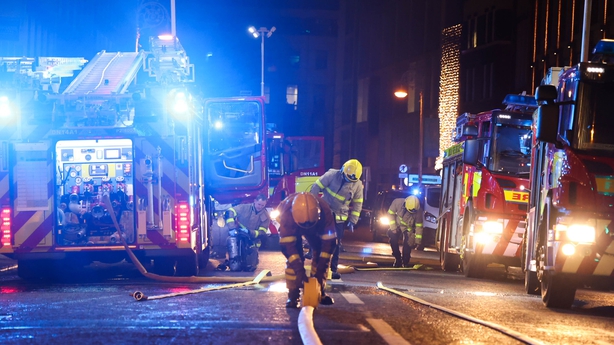 A source at Dublin Fire Brigade told RTÉ: "The fire fighters did a good job stopping the spread but there was some damage done to the building all the same."