Gardaí are treating as attempted murder the shooting of two men in a gangland attack in north County Dublin today.

The two victims were sitting in a blue Mercedes car in the yard of a company on Killeek Lane, in the St Margaret's area just after midday, when two gunmen arrived and fired several shots.

The driver was hit five times in the head and body, the passenger was also hit a number of times.

Both victims were treated at the scene before being taken to hospital where the driver's condition is described as critical.

He is a 39-year-old truck driver who was previously convicted in the UK of having a tachograph that gave a false reading and driving without a licence and insurance.

The other victim is also a truck driver. The car in which they were shot was removed this afternoon for a forensic examination.

A short time after the shooting, gardaí found a black Citroen, the suspected getaway car, on fire at Greenwood Avenue in Coolock and arrested two men near the scene.

The two, who are in their 30s, are being detained under Section 30 of the Offences Against the State Act at two north Dublin garda stations and can be questioned for up to three days.

The gun used in the attack has so far not been recovered.

The two men in custody are known to the gardaí for their involvement in organised crime and associating with criminals involved in the ongoing feud in Coolock which has so far cost five lives.

Gardaí are now trying to establish a motive for the shooting which they suspect is drugs related but they do not believe it is connected to the murder of Keane Mulready-Woods in Drogheda earlier this week.

Gardaí at Swords are investigating the incident and are appealing for anyone who was in the Killeek Lane, St Margaret's area, between 11.30am and 12.30pm today to contact them at Swords Garda Station on 01-666 4700. 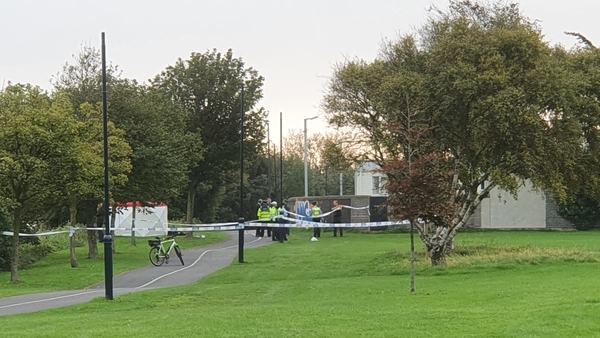 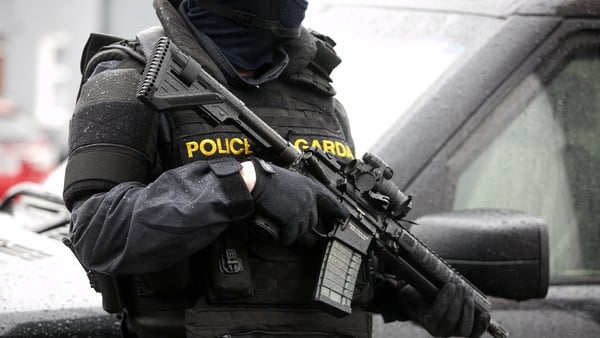