Two men in their 20s are being questioned tonight about an incident in Dublin in which a garda was dragged for around 100 metres hanging on to a stolen car.

The vehicle was first spotted at Cuffe Street in the city at 11.45pm last night but drove away at speed.

Gardaí pursued the car and other units including the Garda Air Support Unit were called in.

The car then crashed at St Luke's Avenue in The Liberties and uniformed gardaí approached it. 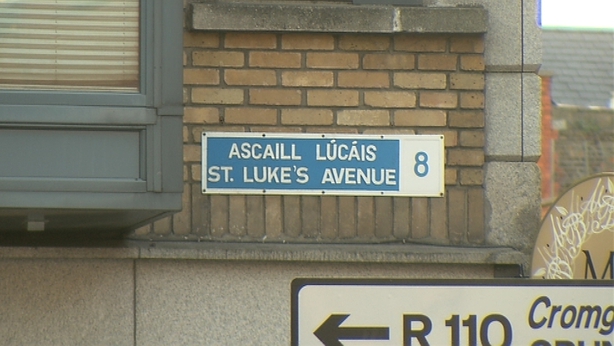 One garda was at the passenger window when he was grabbed and pulled in.

The car then reversed at speed with the garda’s lower body hanging out the window.

He was assaulted as the car was moving but managed to pull the handbrake and stop the car.

The garda sustained minor injuries and was taken to St James's Hospital.

He was discharged earlier today and is recovering at home.

Two men were arrested and searched and a small quantity of what is believed to ecstasy, MDMA tablets and drug paraphernalia were recovered.

The men are being detained under Section 4 of the Criminal Justice Act at Kevin Street Garda Station and can be questioned for up to 24 hours.

In a video sent to RTÉ's Liveline programme, the garda can be seen hanging on to the passenger side of the car as it reverses up the road.

A listener says this happened on Dublin's Cork Street last night. Hope the poor Garda being dragged along by the car is ok. ⁦@GardaTraffic⁩ ⁦@DubFireBrigade⁩ ⁦@rteliveline⁩ 1850715815 pic.twitter.com/3PfWt4uhtE

The Garda Representative Association is calling on the Government to examine road traffic and non-fatal offences legislation in the wake of the incident.

It also wants the Government to create specific legislation to deal with attacks on frontline public servants, not just for gardaí but also for firefighters, medical staff, paramedics and prison officers.