The World War I sculpture, 'The Hauntings Soldier', which has been on display on St Stephen's Green in Dublin since earlier this month has been vandalised with red paint.

It is on display to coincide with the centenary commemorations to mark the ending of the war.

It was created by Slovakian artist Martin Galbavy and constructed by Chris Hannam at Dorset Forge and Fabrication.

The sculpture was made from pieces of scrap metal.

It was due to be on display in St Stephen's Green until 26 November and attracted huge interest since it was installed in early November.

Gardaí are investigating criminal damage caused to the installation, which happened at around 2am.

Efforts are under way to remove the paint from the statue.

A number of Park Rangers and staff from the Office of Public Works are involved in the clean-up. 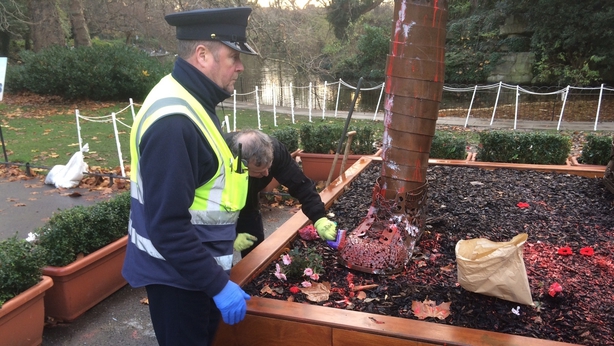 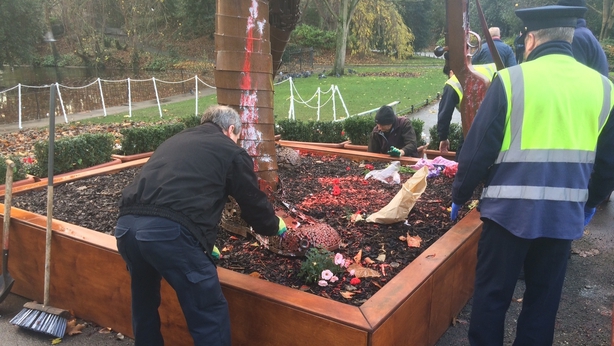 Minister for Culture, Heritage and the Gaeltacht Josepha Madigan expressed disappointment at the incident, saying "There is no bravery in throwing paint at a statute in the middle of the night".

The Minister for Business, Enterprise and Innovation said the art installation was put there to remember the thousands of young Irish people killed in WWI.

"The statue in St Stephen's Green was put there to remember the thousands and thousands of young Irish men that were killed in the First World War.

"It is recognition of their sacrifice and it is a tribute to them and their families. I think it's terrible that somebody would see fit to vandalise a beautiful piece of art."