Hundreds of people have attended an event in Dublin to mark the arrival of a six-metre high sculpture of a World War I soldier in St Stephen's Green.

The sculpture, named 'The Hauntings Soldier', represents a soldier returned from war, battle weary and forlorn.

It is on display to coincide with the centenary commemorations to mark the ending of the war.

It was created by Slovakian artist Martin Galbavy and constructed by Chris Hannam at Dorset Forge and Fabrication.

The sculpture was made from pieces of scrap metal.

It will remain in St Stephen's Green until 26 November and has attracted huge interest since it was installed yesterday afternoon. 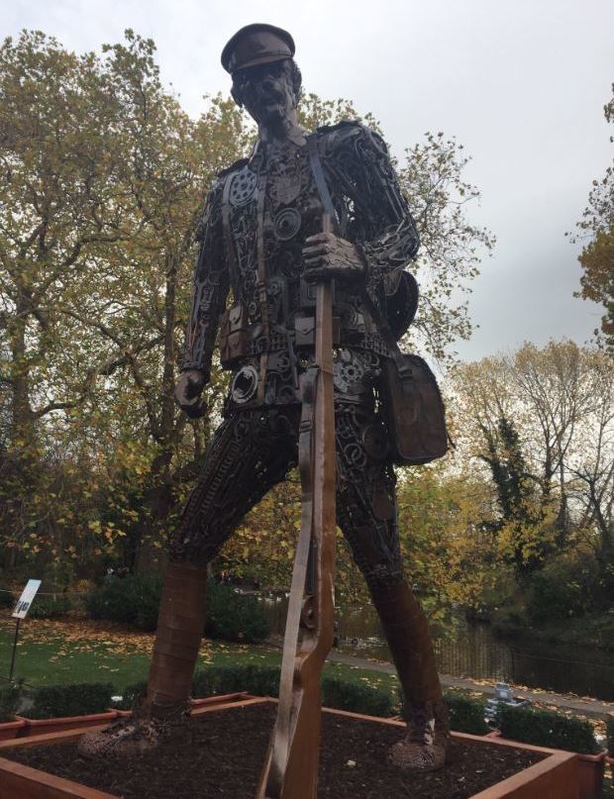