The oral hearing into Dublin City Council's plans for a pedestrianised plaza in College Green has heard from Dublin's biggest retailers that 5,000 jobs could be lost as a result of the proposal.

The Dublin City Centre Traders Alliance (DCCTA), representing businesses such as Arnotts and Brown Thomas, has asked An Bord Pleanála to refuse permission for the scheme.

The board is holding an oral hearing into council plans for the €10m plaza, which would halt all east-west vehicular traffic.

Town planner Tom Phillips representing the DCCTA said the plan is premature without a holistic transport plan for Dublin.

Mr Phillips said the plaza plan is "like cutting off a vital artery and standing back to see what happens". He said this plan is a "snip too far".

He said the plaza would limit access for many shoppers and divide the city between north and south like a Berlin Wall.

Mr Phillips said that footfall in the city centre is still down 30% since 2007, according to figures from business group DublinTown, while out of town shopping centres have recovered.

This has happened as a number of traffic restrictions were introduced in the city centre and his clients estimate that the traffic ban in College Green could cost 5,000 jobs.

He said there is rarely a need for a civic space as in this plan and that the public will be discommoded 364 days a year for one day's closure.

Mr Phillips pointed to Smithfield Square, which was developed as a civic amenity at the cost of €3.5 million, only to become a "forgotten space".

He said much was promised with the Millenium Boardwalk, which was now reported to be a scene of open drug dealing and crime that TripAdvisor tells tourists to avoid.

The plaza would also create a medium risk of a terrorist attack, he claimed.

A taxi representative claimed the plaza project will prove "chaotic and costly" with a possible 25% increase in fares.

Gerard Macken also said the plaza could become an area for illegal rickshaws and drug dealing.

Taxi drivers want to be able to drive through Temple Bar going North via Anglesea Street and Fleet Street to bypass College Green.

Richard Guiney of DublinTown said the project is premature and could wait until the Metro is built which would alleviate pressure on buses and cars.

Disability activist Robbie Sinnott said the plaza posed hazards to blind people because of the lack of kerbs and the plaza's interaction with a two-way cycle track.

He predicted that visually impaired people would stay away from it.

The five-day hearing began on Monday. 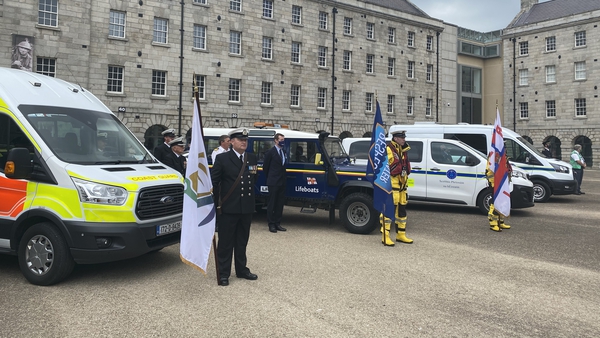