Five members of a family have been convicted on a range of charges including the rape, sexual assault and exploitation of three children after a trial at the Central Criminal Court.

Those convicted include the parents, two uncles and an aunt. The children's parents were also convicted of wilful neglect of five of their children. The offences took place between 2014 and 2016.

The jury returned the verdicts after deliberating for a total of just under 20 hours since last Thursday.

The children's 49-year-old uncle was found guilty on ten charges including raping the young girl and sexually assaulting her two brothers. He was also convicted of sexual exploitation.

His wife, their 35-year-old aunt, was found guilty on three charges of sexually assaulting the girl and her younger brother.

The children’s 27-year-old uncle was convicted on nine charges including the rape and sexual exploitation of his niece and nephew. He was acquitted on one charge of sexual assault.

All five have been remanded in custody. They will return to court on 4 October to set a date for sentence. The prosecution said it will be submitting victim impact statements from the foster parents on behalf of the children.

Mr Justice Paul McDermott thanked the jury for their dedication and application to their task and said words were inadequate to express the service they had given.

He said the task of a jury was huge and onerous in normal circumstances and even more so in this case. He excused them from jury service for ten years.

None of the accused, with the exception of the 27-year-old uncle, showed any emotion when the verdicts were delivered. He shook his head as he was convicted on nine charges. In the public gallery his partner - who had charges against her withdrawn earlier in the trial - wiped away tears.

The jury verdicts followed nine weeks of evidence which began with the testimony of two of the children.

It was relayed to the jury by recorded video interviews which had been carried out in 2017 by gardaí who are specially trained to take evidence from vulnerable witnesses.

The children were aged nine and eight at the time of the interviews during which they said they had been abused by various family members.

The detail of that evidence cannot be reported by order of the court for the protection of the children's welfare.

The girl and boy, now aged 12 and 11, were later cross examined live by video link in the presence of an intermediary who helped them to understand the questions.

The older boy gave his evidence live by video link. Now aged 14, he also described abuse and exploitation which he said took place in the family home by a number of adults.

The trial heard the mother of the children admitted to gardaí after her arrest that she had abused some of her children and said she was sorry for what happened.

She also named a number of others who she said had also abused the children. She said it happened once or twice a week and that she had been encouraged by others to take part.

The prosecution said these admissions were some of the strongest pieces of evidence they had. However the defence argued that the woman, who has a mild learning disability, had been intimidated and humiliated by the interview process.

All of the other defendants had denied any wrongdoing when interviewed by gardaí. 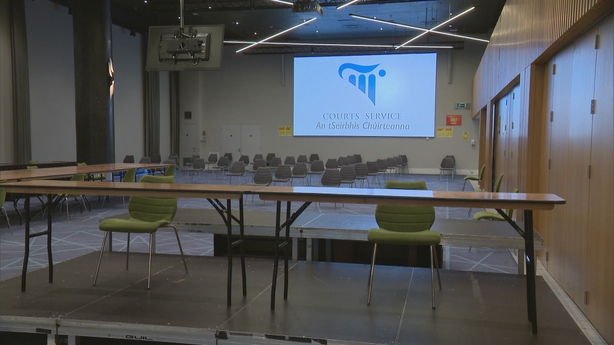 In closing arguments, prosecuting counsel Bernard Condon told the jury the process of communication with child witnesses was not perfect but there was "no perfect way to be a child victim, no rule about how you communicate the wrong done to you".

The defence had argued in general terms that the testimony of the children was the only evidence against their clients and could not be relied upon, particularly after they had withdrawn allegations against their grandmother and another aunt who were released from the trial.

Defence counsel also said it was simply not credible that such abuse could have been happening at a time when the family was under the intense scrutiny of social services.

The judge told the jury they had been brought through "an awful litany of alleged facts which probably came to them in "a wave of awfulness". While it was understandable that this would give rise to emotional reactions their judgment could not be rooted in emotion and must be rooted in the facts of the case.

Their mother had pleaded not guilty to 25 charges including sexual assault, sexual exploitation and wilful neglect between August 2014 and April 2016.

The mother and father had also pleaded not guilty to wilfully neglecting another two of their children.

The case against two other women - the children's uncle's 32-year-old partner and their 57-year-old grandmother - was withdrawn earlier in the trial by direction of the judge.

Tomorrow, read more from Vivienne Traynor on the children's testimonies