A gunman for the Kinahan organised crime group has been found guilty of the attempted murder of a rival Hutch gang member almost three years ago.

Caolan Smyth, 28, from Cuileann Court, Donore, Co Meath shot James Gately five times as he sat in his car at the Topaz filling station on the Clonshaugh Road in north Dublin at lunchtime on 10 May, 2017.

Mr Gately, who had been warned by gardaí of a threat to his life, survived the shooting after sustaining injuries to his upper chest and neck.

Four of the bullets hit the bullet proof vest he was wearing, but the fifth hit the 32-year-old in the jaw and he was seriously injured.

Smyth had pleaded not guilty to Mr Gately's attempted murder and to the possession of a firearm with intent to endanger life on the same date and location, but was convicted of both offences.

The Special Criminal Court today found that Smyth was the driver of the Black Lexus, "the murder car" which pulled up beside Gately's red Mondeo before the shots were fired at him. 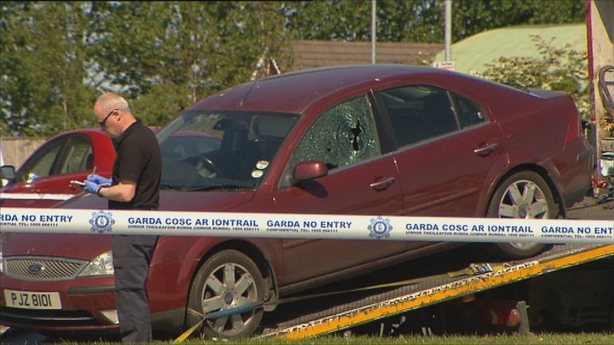 Mr Justice Tony Hunt said the CCTV, circumstantial and garda evidence identified Smyth as the gunman and linked him to "the murder car", its movements and the phones used that day.

The car was seen in Coolock, where Gately lived at the time, the day before and earlier that day.

Smyth, the court found, had Gately under surveillance and followed him to the petrol station on 10 May, 2017 before shooting him.

The judge said Smyth was involved in "an organised hit", which was unsuccessful because Gately had been "forewarned" of the danger to his life by gardaí and "forearmed" wearing his bulletproof vest.

He also said that it was "incompetence or a sense of impunity" that led Smyth to be identified at the scene the day before and that these are generally the reasons why people are brought before the criminal courts. 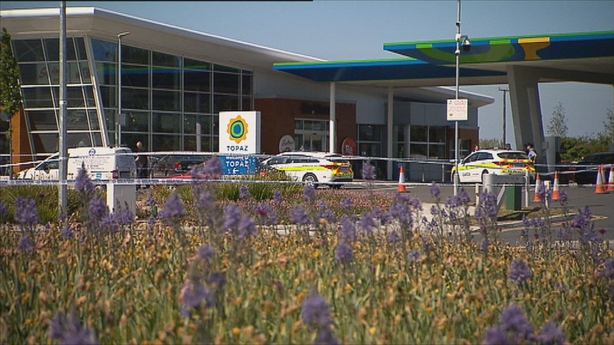 It was the second attempt on Gately's life in six weeks.

The Lithuanian hitman Imre Arakas, who was contacted by the Kinahan organised crime gang, was also convicted at the Special Criminal Court of conspiracy to murder him in April 2017.

Smyth's co-accused, 53-year-old Gary McAreavey of Gort Nua, Station Road, Castlebellingham, Co Louth, was found guilty today of acting to "impede an apprehension or prosecution by purchasing petrol and assisting in the burning out of the Lexus used in the attempted murder" at Newrath, Dromiskin, Co Louth on the same day.

The court found that McAreavey was on the phone to Smyth after the shooting, met him in Co Louth with a container of fuel and went with him to the "burn site" in a remote rural area for the "comprehensive destruction" of the car.

It also found he lied to gardaí when he said he did not know Smyth, whose numbers were saved on his phone.

The car, a black 2.5 litre automatic Lexus with tinted windows and a diplomatic CD plate, was previously owned by the Pakistani embassy before it was bought for €3,700 cash from another man and used in the attempted murder.

They will be sentenced on 25 January.