The parents of a baby boy who died four days after birth at Our Lady of Lourdes Hospital, Drogheda, say they take comfort from new guidelines introduced following his death.

At an inquest at Dublin Coroners' Court, Brenda Ryan said she was repeatedly told she was not in "true labour", despite experiencing what she described as frequent, intense pains.

Mrs Ryan, who had gestational diabetes, was also induced at a later stage than the hospitals’ guidelines for such pregnancies.

Dr Fiona O’Toole, Registrar in Obstetrics at Our Lady of Lourdes Hospital, told the inquest this was "reasonable" because Mrs Ryan’s sugars were normal and the baby’s growth was reasonable.

There was no clinical concern for the pregnancy, the court was told.

"The baby was growing consistently, we didn’t have any concern about baby’s growth," Consultant Obstetrician and Gynecologist at Our Lady of Lourdes Hospital Drogheda, Dr Vineta Ciprike said.

Mrs Ryan told the inquest that on 16 October, that the day after a failed induction, she was experiencing intense, frequent pains but was told in the hospital that she was not in "true labour".

Later in the evening, the pain worsened and when a foetal heartbeat could not be detected, baby Danny was delivered via an emergency Cesarean section.

He was described as limp and pale in colour and died four days later.

Dr Emma Doyle told the inquest a post-mortem examination showed Danny Ryan had a failing placenta, which would have been occurring for "at least a week".

The pathologist said this could have occurred because of a "recurrent compression of the umbilical cord".

The post-mortem concluded that the baby died from severe brain damage due to placental failure.

"In delivering a narrative verdict, Coroner Myra Cullinane endorsed new RCSI guidelines, introduced in 2018, which reduce the length of time a woman with gestational diabetes can go over term.

The coroner also recommended a review of ultrasound reporting systems to improve the accuracy of foetal growth assessment and thanked the family for donating baby Danny’s heart valves.

Outside court, the Ryan family said they were pleased that guidelines had changed following the death of their son.

"Our little boy was taken from us," Brenda and Michael Ryan said.

"Changes have been made in order to save someone else the heartache of losing a baby in such tragedy."

Mrs Ryan described how her "pleas for help were brushed away" as she struggled with pain in the hospital.

"I was repeatedly told I could not be in labour," she said.

Following the verdict, lawyers for Our Lady’s Hospital expressed their condolences to the family. 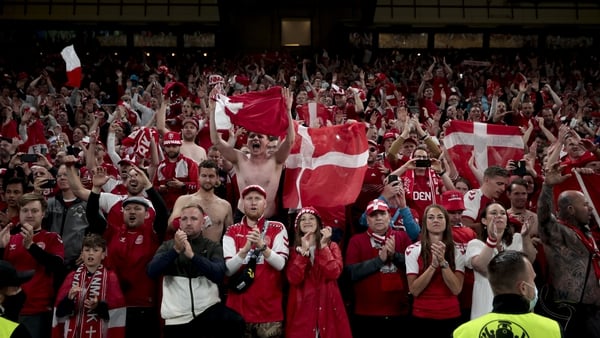 Why is Denmark's reopening so far ahead of Ireland's?