Mask rules will be mandatory in UK shops and on public transport, Omicron contacts will have to self-isolate and new arrivals will have to quarantine until they test negative for Covid-19, after two cases of the concerning new Omicron variant were detected there.

UK Prime Minister Boris Johnson warned the new variant could reduce the effectiveness of vaccines, as he announced a strengthening of England's rules at a Downing Street press conference, after the infections were identified in Nottingham and Brentwood in Essex.

In an attempt to slow the spread, Mr Johnson announced "temporary and precautionary" measures to be reviewed in three weeks, alongside a "boost" to the booster campaign.

The UK Health Security Agency confirmed the cases, which are both believed to be connected and linked to travel to southern Africa, after genomic sequencing overnight.

The individuals and their households were ordered into self-isolation and targeted testing was being carried out in areas where they are thought to have been infectious.

Britain will also add Malawi, Mozambique, Zambia and Angola to its travel "red list" from 4am tomorrow, meaning British and Irish residents who arrive in the country must quarantine in a government-approved hotel for 10 days. Non-residents will be refused entry. 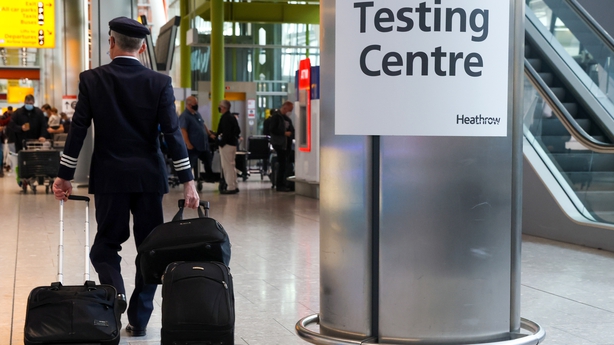 Mr Johnson said: "We need to take targeted and proportionate measures now as a precaution while we find out more.

But Mr Johnson said border measures can "only ever minimise and delay the arrival of a new variant rather than stop it all together", so all contacts with a suspected case of the new variant will have to isolate for ten days, regardless of their vaccination status.

"We will also go further in asking all of you to help contain the spread of this variant by tightening up the rules on face coverings in shops and on public transport," Mr Johnson said.

While the effectiveness of vaccines against Omicron is currently unclear, Mr Johnson said there are "good reasons for believing they will provide at least some measure of protection".

He said "we're going to boost the booster campaign" by asking the Joint Committee on Vaccination and Immunisation (JCVI) to consider giving boosters to "as wide a group as possible as well as reducing the gap" between second doses and the booster.

The World Health Organization has termed the recently discovered strain a "variant of concern" and said it is more transmissible than the dominant Delta strain.

A confirmed case has also been found in Belgium, with cases also detected in South Africa, Botswana and Hong Kong. 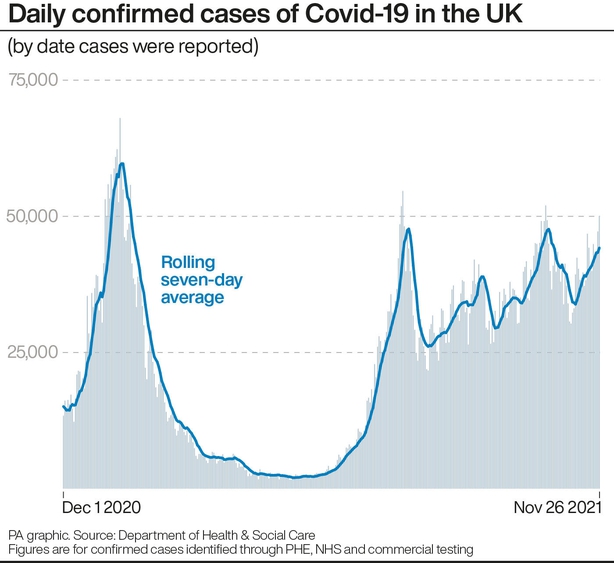 The South African government has said it is being "punished" for detecting the latest variant, with a number of countries around the world banning flights from southern Africa following the discovery.

European Union officials have urged all 27 nations in the bloc to restrict travel from southern Africa, while the United States, Australia, Brazil, Canada, and Saudi Arabia have also imposed restrictions.

Concerned Irish citizens in southern Africa are being advised to contact the Department of Foreign Affairs and its embassy network.

The Department of Foreign Affairs has said there are over 35,000 Irish citizens based in South Africa.

The majority of these people are dual nationals and long-term residents of South Africa.

The size of the Irish community in neighbouring countries is much less, with the estimated number of Irish people travelling in these countries being "relatively small" compared to South Africa. 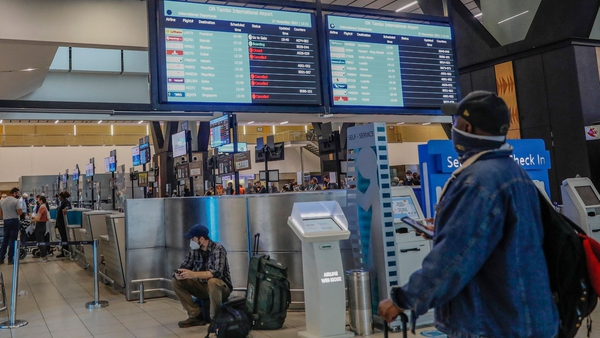