Representatives of the hospitality sector said they had a "constructive" meeting with the Taoiseach and Government ministers this afternoon.

The meeting lasted almost two hours with the Restaurants Association of Ireland welcoming the fact that the Government had started to engage directly with the hospitality industry.

RAI CEO Adrian Cummins said there was "an urgency" to get indoor hospitality up and running, and Government had listened to the industry's concerns.

A special group is to be formally established before Monday - involving both Government and the industry - with a view to finding a "workable solution" to this issue.

Mr Cummins said that "all options" were still on the table - and that included a so-called "corona pass" to facilitate indoor dining and drinking.

The Licensed Vintners Association said that vaccine certification was "unworkable and unfair".

The LVA said that if the Government implements that system they will see what chaos in the hospitality sector looks like and called for hospitality workers to be prioritised for vaccines.

The Vintners' Federation of Ireland says pubs must reopen no later than 19 July.

VFI Chief Executive Padraig Cribben, said "any plan that placed the onus on publicans to check a customers' vaccination status would be unworkable".

He said NPHET and the Government had "lost the dressing room" following the decision to delay the reopening of indoor service.

'Cancellations coming through thick and fast'

"It was clear from the announcement yesterday that the Irish tourism sector is closed again. Already, cancellations are coming through thick and fast."

He said the sector will work "with might and main" to facilitate the reopening of tourism in Ireland.

"If that includes a cert, so be it. But it has to be workable and viable."

Director of Drinks Ireland Patricia Callan said they want the Government to commit that the hospitality sector will reopen on 19 July.

Also speaking on RTÉ's Drivetime, Ms Callan said that "if you're only getting to a plan then, and then you're saying it might take us another month to roll out the technology and then it's the autumn and winter, that's just not good enough".

She said it is the Government's job to govern and "it behoves them now to act and make this their number one priority to get hospitality reopen".

Ms Callan said that during their meeting with the Taoiseach, Tánaiste and ministers this afternoon, it was clear they genuinely wanted to engage and find a solution.

She said they need to "figure out how we can get to a reopening position and I think everyone is very constructive in wanting to do that and that is positive".

In relation to the CMO's briefing to Opposition TDs this afternoon, she said she would certainly like more clarity on the modelling scenario and to see the details published.

Meanwhile, a Professor of European Public Health at the London School of Hygiene and Tropical Medicine, Professor Martin McKee said the pause in reopening hospitality in Ireland "seems a very sensible precaution" and is something that may be seen more widely across Europe.

Speaking on RTÉ's News at One, he said that "we're seeing a marked rise of cases of the Delta variant in France and a number of other countries".

The Delta variant is about 80% more transmissible that the Alpha variant, which originated in Kent, he added.

Prof McKee said the predominant view in the UK is that they are not controlling the transmission of the Delta variant with the current measures.

He said in the unvaccinated, it is having more severe effects and your probability of being hospitalised is about 80% higher.

The Delta variant is spreading predominantly among schoolchildren, he commented.

Prof McKee said the worry is that even though the hospitalisation and deaths are at a relatively low level they are still going in the wrong direction. 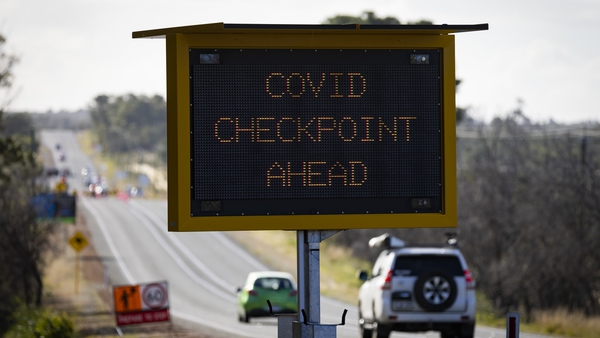