The Chief Medical Officer has said that Ireland is in a "positive position" in relation to the coronavirus but "a number of key uncertainties and risks" remain.

Dr Tony Holohan said that "case numbers and incidence remain relatively high" and "a significant proportion of the population, albeit at low risk to the severe impacts of Covid-19, will remain unvaccinated over the months of June and July.

He also said "the transmissibility and overall impact of variants remains uncertain" - in particular the Delta variant that was first reported in India.

Dr Holohan's comments are contained in a letter sent to Government last week.

The Department of Health also said that 89 people with the virus are being treated in hospital, 34 of whom are in intensive care units.

These figures may change due to future data review, validation and update, the department said.

There were 54 new cases reported by the Department of Health in Northern Ireland today.

The number of people receiving hospital treatment for Covid-19 has fallen to 20 - the lowest level since March 2020.

Elsewhere, the Health Service Executive is to pilot an online booking system for Covid-19 tests.

From today, people living in the vicinity of three Covid-19 test centres can log-on and book a test up to 24 hours in advance.

The test centres are in Dublin at Citywest and the National Show Centre in Swords, and Letterkenny, Co Donegal.

Users over the age of 16 can only refer themselves. Work is under way to extend the facility to other centres around the country.

The HSE said the system on which the self-referral portal is based is a stand-alone cloud-based system that is separate from the HSE network and not affected by the current cyber attack on its IT system.

The Director of the National Virus Reference Laboratory, Dr Cillian De Gascun, has said that the concern here is the combination of a more transmissible Delta (India) variant of the virus, a large proportion of the population not fully vaccinated and the increase in social contacts, associated with the easing of restrictions.

In a post on social media, Dr De Gascun said that thanks to the work of the HSE and people's individual behaviour, the virus can be controlled until the majority of the population is fully vaccinated.

He said the vaccines will work against the Delta variant but two doses of vaccine will be required to optimise effectiveness.

Pharmacists glad to get started on vaccination programme

The Secretary General of the Irish Pharmacy Union has said pharmacists will be glad to get started on the vaccination programme and over 1,000 pharmacies have already applied to be involved in the scheme.

Pharmacies will begin playing a role in vaccinations from early this month, Minister for Health Stephen Donnelly told the Seanad last night.

Speaking on RTÉ's Morning Ireland, IPU Secretary General Darragh O'Loughlin said there has been a lot of public frustration that people have not been able to get a vaccine in their local pharmacy.

He said that pharmacists have been delayed consistently by the HSE from participating in the roll-out, but said he expects pharmacists will initially deliver supplies of the Johnson & Johnson (Janssen) vaccine to those over 50 who have not yet had a vaccination.

He said mRNA vaccines will subsequently be made available, particularly to those pharmacies that are located at a distance from vaccination centres.

Mr O'Loughlin said pharmacist involvement will help people get vaccinated in their own community, rather than being forced to travel.

The vaccine registration portal will open for people aged 40 to 44 from tomorrow.

More than one million Covid-19 vaccine doses have been administered in May, taking the overall figure to 2.7 million.

Half of Ireland's adult population has now had at least one dose of a vaccine. 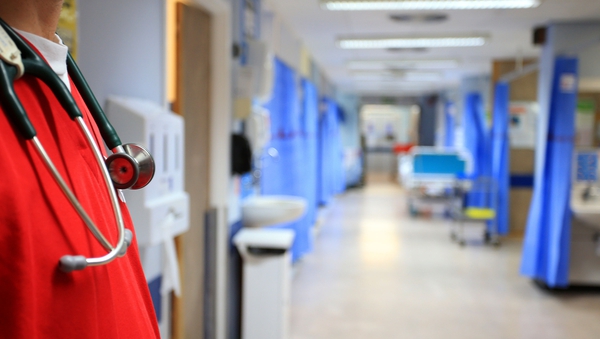