Fáilte Ireland guidelines for the reopening of the hospitality sector will not be published today.

It had been expected that the proposals would be signed off by the Department of the Taoiseach this afternoon, but that did not happen.

The rules were drawn up ahead of Friday's Cabinet meeting at which ministers are due to look at a further easing of Covid-19 restrictions in June and July.

It is understood that the draft guidelines say that tables will have to be one metre apart for both indoor and outdoor dining.

There will be one key difference in the approach to indoor hospitality though, as it will have a time limit of 105 minutes where tables are one metre apart.

However, if there is a two-metre gap between tables, it is proposed that there would be no indoor time limit.

It is also understood that a maximum of six adults would be allowed at a table under the plans, but that discussions are taking place about whether that number could increase further when children are taken into account.

The proposals would also see only table service allowed, while the requirement to purchase a €9 meal would be removed.

Premises would also have to be cleared by 11.30pm under the draft guidelines.

There is also set to be a strong emphasis on ventilation when it comes to indoor dining.

Outdoor hospitality is expected to resume on 7 June, but Cabinet must decide on Friday when the sector can serve customers indoors again.

Taoiseach Micheál Martin indicated yesterday that this may not happen in the first week of July and he said it remains the case that outdoors is best.

Minister for Tourism, Culture, Arts, Gaeltacht, Sport and Media Catherine Martin said that progress has been made to provide grants for pubs to serve customers outside.

Minister of State Colm Brophy said the Government is trying to ensure the hospitality industry can reopen "as quickly and as fairly as possible", and that they do not want a "stop-start" situation.

Speaking on RTÉ's Drivetime, he said it had to be done in compliance with public health experts.

'It will just encourage a pub crawl'

Noel Anderson, chair of the Licensed Vintner' Association and managing director of two Dublin bars, said the proposed 105-minute time limit on indoor hospitality was "surprising and disappointing" and not something they were expecting.

Speaking on RTÉ's Drivetime, he said it "came out of nowhere" and was "not well flagged".

It might work fine in some places, he said, but it would be "very damaging" to rural and small pubs.

"Most pubs will be closed 16 months by the time they reopen," he said.

"Are you going to turn around to a couple of pensioners in the bar having a pint after 16 months and after 105 minutes say 'thanks very much you're done now lads, see you later'?

"All this will do is encourage a pub crawl."

Mr Anderson said those compiling the guidelines think they are doing the right thing, but they do not see the consequences of some of their decisions.

Speaking on the same programme, Killarney restaurateur Paul Treyvaud said the Government had changed its mind and opinion many times over the last several months.

He said the Taoiseach's indication that it could be mid-July before the return of indoor dining would lead to the closure of "half the businesses in rural Ireland".

"I know Covid exists, we've never denied it and it is a threat," he said. "However, there is a hell of a lot else going on in the world right at the moment. Is Covid the only show in town?"

Elaina Fitzgerald Kane, President of the Irish Hotels' Federation, said all they want is a "safe and sustainable reopening" and they need details to be able to plan for this.

She said she does not know if proposals such as time limits and space between tables will apply to hotels.

Hotel bookings have been steady, she said, with coastal areas "undoubtedly busier" adding: "There's still plenty of availability across the country." 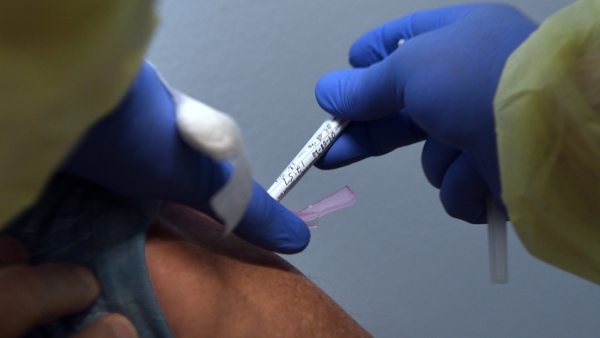