"Lockdowns during the pandemic have forced young people to come to terms with a new way of living life."

Boredom, heartache, and loss are some of the themes explored by teenage film-makers, in entries to this year's Fresh International Film Festival.

"The films entered this year in the festival are a glimpse into how young people in Ireland are dealing with the challenges of the pandemic," said Jayne Foley, Founder and Artistic Director of Fresh Film.

Now in its 25th year, over 1,200 entries have been received from children and teenagers for the week-long online festival beginning next Monday. Here are some of the films. 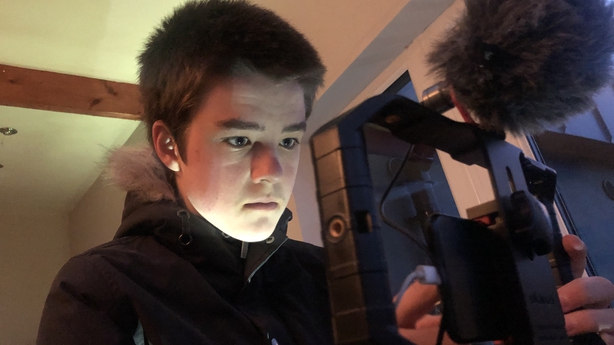 "To be honest I was just driven mad, it's very repetitive, every day is the same, it's like Groundhog Day," explained Eric Peterson.

The 14-year-old made 'Monotony' during the first lockdown. The film is about a teenage boy stuck at home, struggling with homeschooling, and missing his friends.

"He has to do school, turn up on time, do chores and homework, and he finds film equipment under the bed and decides to make a film," said the Wicklow teenager.

The boy wakes up late, struggles to get comfortable at his makeshift desk, and is deflated to find none of his friends are online when he tries to start a game.

So, is it a case of art imitating life?

"I've had few people tell me that it's pretty accurate," said Eric. 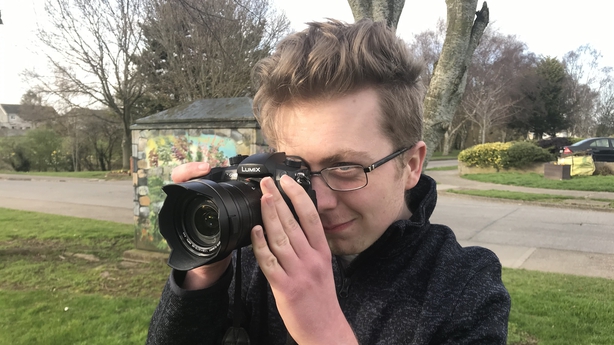 "It was important to me that I made a film that reflects what a lot of people are going through at the moment," said Liam Boland, from Leixlip in Co Kildare.

'Distanced' is a coming-of-age film about a couple trying to form a relationship during Covid-19 restrictions.

"The question at the heart of the story is how would their relationship develop without contact," the 18-year-old explained.

"What becomes apparent is that they really feel isolated because of their situations at home but also because of the current situation in the world, which prohibits them from actually coming in contact with each other." 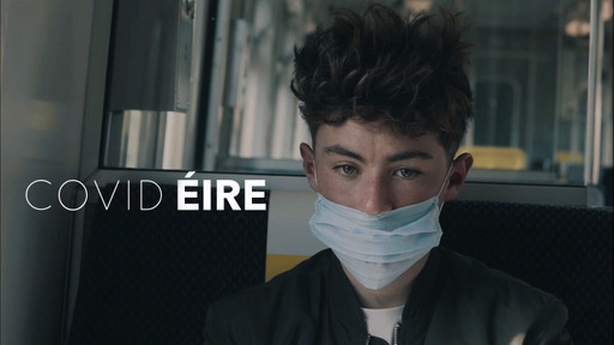 "It was a really dark time for me and everyone else, we are really living in the unknown," said Michael Keane.

"A lot of people I know felt lost, that they had lost everything, their social contacts, going out, living life to the fullest, and it's been so hard for everyone"

The 17-year-old filmmaker, from Cobh in Co Cork, created his film - which takes place on a train journey - as a "time capsule".

"The character is reflecting on the past, he's been through it, he's had the virus, and he is telling the story of how his life physically and mental unravelled. It's a journey into the past," explained Michael.

The film includes flash back footage of "fun stuff" from the teenager's own life.

A sombre reflection, Michael believes it is how many teenagers were feeling.

"A lot of people I know felt lost, that they had lost everything, their social contacts, going out, living life to the fullest, and it's been so hard for everyone."

'A Guide to the End of The World’ 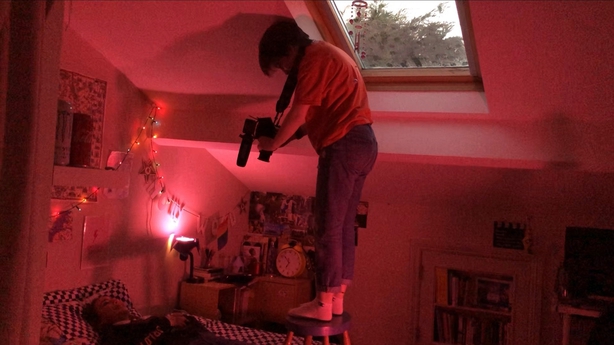 "Jamie Fall (the main character) is a teenager and I wanted her to take on a role like myself. I was sitting in my room, in Transition Year, and I had nothing to do," said Aoife Rees,  a 17-year-old filmmaker, from Killinick, Co Wexford.

In the film 'A Guide to the End of The World’, Jamie Fall is the last person on earth but instead of being dejected, she shares with the audience what she has come to learn from being alone.

"I wanted the film to have a positive message," explained Aoife.

"Being by yourself, once you take away the loneliness of being alone, its actually quite liberating and freeing, and you can be yourself."

"The most beautiful thing about being yourself is when other people can see it, but she (the character) realises that now it's no fun because nobody can see her being herself," said Aoife.