Taoiseach Micheál Martin has said he hopes Ireland will be able to "catch-up fairly quickly" on its rollout of Covid-19 vaccine, despite having to pause the administration of the AstraZeneca products.

In an interview with US network CNBC, he said the precautionary principle had to apply in such a case but the Government hoped this was a "temporary" move.

The Taoiseach said that the impact of the vaccination programme has been "quite dramatic" so far with the reduction of severe illness and death.

He said stopping AstraZeneca was "an unwelcome pause" but the Government had to take "heed of the advice we have received".

The Taoiseach said that the Covid-19 variant, B117, had "caught us, to be frank" and led to a third wave, which was "very, very difficult".

However, he said, there had been a "very dramatic reduction in cases and hospitalisations", which was down to the "remarkable response of the Irish people in adhering to the severe restrictions on movement".

He said there "had to be severe restrictions for the time being" but the "rollout of vaccine programme proved to be effective."

Mr Martin said that while Ireland did not have any "significant" experience of other variants from South Africa or Brazil, he contended that the European Union "is not wasting any time" with research already under way into such modifications.

Latest coronavirus stories
What has happened with the AstraZeneca vaccine?

Earlier, Minister for Health Stephen Donnelly said he has no hesitancy in temporarily stopping the AstraZeneca vaccine being administered and clinical leaders need to take a safety conscious approach.

He said he hoped that the European Medicines Agency (EMA) will report back very positively this week and the vaccine programme can resume soon.

Around 30,000 people who were due to get an AstraZeneca Covid-19 vaccine this week are having their appointments deferred, following the decision to temporarily suspend the use of the vaccine.

The National Immunisation Advisory Committee (NIAC) and the Health Products Regulatory Authority (HPRA) acted quickly and decisively, he said, and "for what is hopefully a very short period of time".

He said a combination of healthcare workers and those in Group 4 - the medically vulnerable - will now not get the vaccine this week and he hopes that they can be rescheduled very quickly.

Mr Donnelly defended the vaccine programme, saying it is meeting the estimated time frame, with 99% of over 85s vaccinated over the last three-week period.

Health Service Executive CEO Paul Reid said he is hopeful the AstraZeneca suspension will be "a short pause" and expects that reassurance about its use will come this week from the EMA.

Mr Reid said it was disappointing for the 30,000 people whose vaccinations were delayed, but NIAC is being cautious and working to protect Ireland's strong record for vaccinating safely.

Mr Reid said the benefits of vaccination have been substantial with a hugely positive impact among older people in terms of mortality, hospitalisations and illness.

'We all expect and hope that it is a very short pause,' HSE Chief Executive @paulreiddublin has said following the decision to temporarily suspend use of the AstraZeneca Covid-19 vaccine | Read more: https://t.co/z1CDsQh2K1 pic.twitter.com/3HVKxpZ0H9

He said that over 130,000 of the over-70s have been vaccinated and the HSE has been clear in its communications with GPs about supply.

The director of the HSE's National Immunisation Office said that people who have received the AstraZeneca vaccine and notice blue spots on their skin - similar to a meningitis rash - should contact their GPs.

Dr Lucy Jessop said there have been a very small number of blood clots reported by people after they received the vaccine here, but not of the nature reported by the Norwegian Medicines Agency and the HPRA is monitoring the situation carefully.

She said that the problems are not believed to have been caused by a bad batch or a problem within a factory. 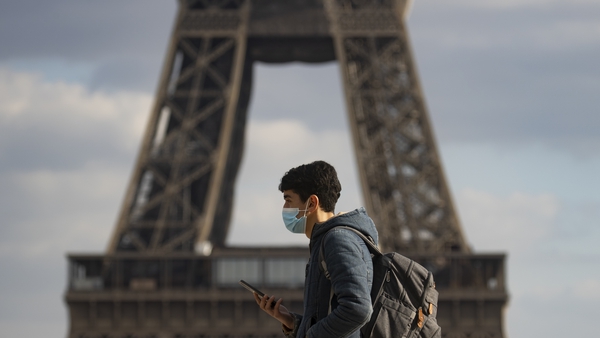