There have been twelve more coronavirus-related deaths recorded by the Department of Health in Northern Ireland.

It brings the official death toll since the pandemic began to 1,716.

At present there are 810 confirmed coronavirus patients in hospitals in Northern Ireland.

66 of these are receiving treatment in intensive care units, 46 of whom are on ventilators.

Armagh, Banbridge and Craigavon remains the area with highest rate, 510.1, while Derry and Strabane remains lowest on 159.3.

Deputy first minister Michelle O'Neill has welcomed the latest virus-related statistics, which indicate a pattern of reductions on yesterday's figures.

Hospital occupancy has fallen 2% to 92%, while there have been 195 fewer cases reported today than yesterday.

Ms O'Neill, Sinn Féin's leader in Northern Ireland, said: "We know there are difficult times ahead but there are signs that people are supporting the restrictions and the efforts of front-line workers."

On Thursday the power-sharing executive confirmed the extension of restrictions until early March. 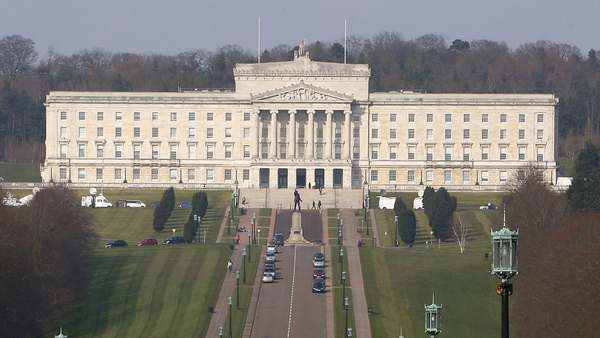