The EU medicines watchdog has said it will continue its discussions about authorising the Moderna coronavirus vaccine on Wednesday.

The Amsterdam-based European Medicines Agency met his afternoon to discuss approving the vaccine for use across the EU, including Ireland.

It has already fast-tracked the decision from the originally scheduled date of 12 January under pressure from EU countries as infections soar.

In a tweet it said: "EMA's committee for human medicines (CHMP) discussion on COVID-19 vaccine Moderna has not concluded today.

"It will continue on Wednesday 6th January 2021. No further communication will be issued today by EMA."

US-based Moderna's jab was found to be 94.1% effective in preventing Covid-19 compared to a placebo, in a clinical trial of 30,400 people. 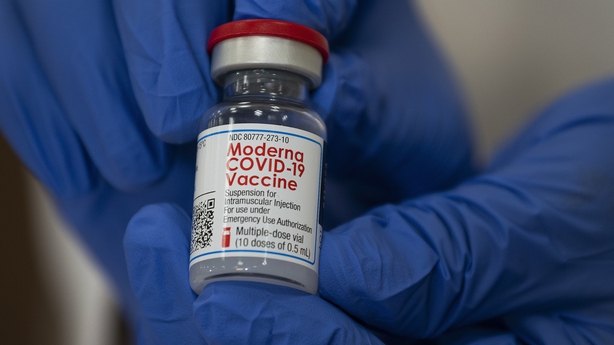 The Moderna vaccine would be the second to be approved for the EU, after the EMA gave the green light for the Pfizer/BioNTech jab in another fast-tracked decision on 21 December.

However, the EMA said last week that the coronavirus vaccine developed by AstraZeneca and Oxford University, which was approved on Wednesday in the UK, is unlikely to get a green light in the EU in the next month.

With the UK and the US each having pushed through emergency authorisation of two vaccines, the EMA has been under pressure to speed up its regulatory process, notably from Germany.

Meanwhile, the European Commission has said its Covid-19 vaccine strategy will get the EU past "bumps on the road" that have slowed a roll-out of jabs across the union.

"It's obvious that such a complex endeavour is always going to bring with it difficulties," spokesman Eric Mamer told journalists.

EU countries started inoculations on 27 December with the BioNTech/Pfizer vaccine, but progress has been much slower than in the US, Britain or Israel.

While the US, Britain and Israel have each already given vaccines to more than a million of their citizens, EU countries have been lagging far behind.

France, for instance, has given a first jab to just over 500 people. Germany has started immunising 200,000.

The European Commission emphasised it had bought access to "almost two billion doses" of six potential vaccines, four times the population of the entire European Union. 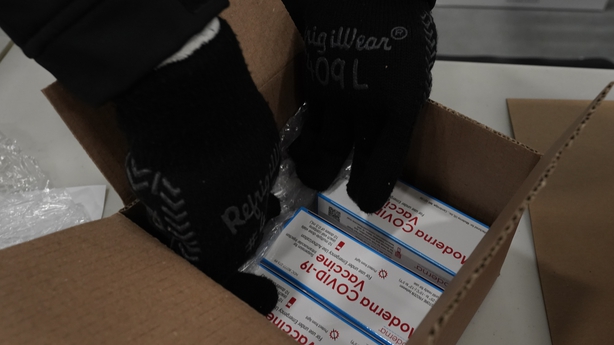 But the EMA has not said how many of the other vaccines were safe and effective enough to be used.

"We don't put all our eggs in one basket," said another commission spokesman, Stefan De Keersmaecker.

He said that the commission was currently negotiating to get more doses of the BioNTech/Pfizer vaccine, above the 300 million already secured. He did not give a figure.

Mr De Keersmaecker noted, however, that "one of the main bottlenecks that we are all experiencing now is the production capacity".

Mr Mamer also said that the commission was not responsible for each EU member state's roll-out.

"It is the member states who then decide whether they want to buy a specific vaccine and how many doses of that vaccine. It is not us," he said.

"I don't think that the issue is really the number of vaccines, it is the fact that we are at the beginning of a roll-out."