British Prime Minister Boris Johnson has announced that London and the south-east of England are to be placed into a new higher tier of Covid-19 restrictions because of the spread of a more infectious variant of the virus.

"It may be up to 70% more transmissible than the old variant, the original version of the disease," Mr Johnson told a news conference this afternoon.

"This is early data and is subject to review, but it is the best that we have at the moment and we have to act on information as we have it because this is now spreading very fast," said Mr Johnson.

However, Mr Johnson said there is no reason to believe the new strain is more dangerous or is resistant to vaccines.

British Prime Minister Boris Johnson has announced that London and the south-east of England are to be placed into a new higher tier of Covid-19 restrictions because of the spread of a more infectious variant of the virus. | https://t.co/rVZDlQqJgl pic.twitter.com/1CBS3Xvwck

Mr Johnson announced that, from tomorrow, areas in the south-east of England currently in Tier 3 will be moved into a new Tier 4, effectively returning to the lockdown rules of November.

Non-essential shops, gyms, cinemas, hairdressers and bowling alleys will be forced to close for two weeks, while people will be restricted to meeting one other person from another household in an outdoor public space.

The rest of England will also see the Christmas 'bubble' policy, allowing up to three household to meet up over the holiday period, severely curtailed, applying on Christmas Day only.

Mr Johnson said nobody is to travel outside of the Tier 4 areas, unless for a specific reason, such as work.

Under the new "stay at home" order, which covers around a third of the population of England, people in Tier 4 will be told they should not stay away from home overnight and people from outside will be advised not to visit Tier 4 areas.

Passengers faced packed train carriages out of London this evening as many attempted to flee the capital following the announcement of tougher coronavirus restrictions.

On one train, travellers were told that social distancing "will not be possible" due to the volume of people on board, and those that felt "uncomfortable" should not stay on the train.

By 7pm this evening, there were no trains available online from several London stations including Paddington, Kings Cross and Euston.

The government chief scientific adviser Patrick Vallance said that the new coronavirus variant may have originated in the UK, but that other types of variants around the world were likely.

"This (variant) is a particular constellation of changes, which we think is important," he said.

"We think it may be in other countries as well, we think it is based mainly, there is a large outbreak in the UK, it may have started here we don't know for sure."

He added that global "surveillance" was needed to sequence the new variations.

Mr Johnson acknowledged it was "unquestionably a difficult moment" in the coronavirus crisis, but insisted that things would be "radically different" by Easter due to the vaccine.

He said it was a "race" and the government was "doing our absolute level best to protect the public, whilst we know that the vaccine is arriving".

"I'm more confident than ever that we'll get that vaccine into a significant proportion of the population by the spring and that things will be radically different for our country by Easter," he said.

Prof Whitty said: "As a result of the rapid spread of the new variant, preliminary modelling data and rapidly rising incidence rates in the south-east, the NERVTAG now consider that the new strain can spread more quickly.

"We have alerted the World Health Organization and are continuing to analyse the available data to improve our understanding.

"Given this latest development, it is now more vital than ever that the public continue to take action in their area to reduce transmission."

Dr Cillian de Gascun, Director of the National Virus Research Laboratory, said the new variant has not been found in Ireland.

Scotland's First Minister Nicola Sturgeon has announced a "strict travel ban" between Scotland and the rest of the UK.

"In order to reduce the risk of more of the [coronavirus] strain being imported into Scotland, we intend to maintain a strict travel ban between Scotland and the rest of the UK.

"Unfortunately, and I am genuinely sorry about this, that ban will remain in place right throughout the festive period.

"We simply cannot risk more of this new strain entering the country if we can possibly avoid it.

"That means people from Scotland not visiting other parts of the UK, and vice versa.

"Cross-border travel for all but the most essential purposes is not permitted," said Ms Sturgeon.

No immediate plan to change Christmas restrictions in North

There is no immediate plan to change the Christmas Covid-19 restrictions in Northern Ireland.

Government sources said meetings between the Executive and the UK government had been continuing all day.

First Minister Arlene Foster said it was an "evolving situation".

The First Minister described it as a "useful briefing".

"This is an evolving situation with the virus mutation," she said. "It's essential that we all play our part by following the regulations."

Ms O'Neill said on Twitter: "We will continue the discussion over the weekend."

This is a fast moving situation. One which we are keeping under constant review. We have been in discussion with Health minister, CMO and CSA on recent developments. We will continue the discussion over the weekend. We all need to limit our interaction with others - stay at home

Given all of the changes happening across these islands today regarding Covid restrictions and with Christmas just days away, Executive needs to meet tomorrow to provide clarity for families, particularly those planning to travel to form bubbles. People need answers urgently.

The Executive unanimously agreed on Thursday to impose a sweeping six-week lockdown, which will come into force on St Stephen's Day.

New restrictions will be in place from 26 December to stop the spread of #COVID19, save lives and protect the health service.

Find out what the restrictions mean for you at: https://t.co/6mTG3jZAPU

Here's a summary of the measures ⬇️ pic.twitter.com/eDiu7IYUaF

There have been 17 further coronavirus-related deaths in Northern Ireland, with 13 occurring during the last 24 hours. It takes the official death toll in the region to 1,183.

New restrictions to apply across Wales from midnight

Alert Level 4 restrictions will be brought forward to apply across Wales from midnight, First Minister Mark Drakeford said this afternoon.

In a statement, Mr Drakeford said the latest evidence suggested that the new strain is present "throughout Wales" and said this required an "immediate response".

"The situation is incredibly serious. I cannot overstate this," Mr Drakeford said.

"We have therefore reached the difficult decision to bring forward the Alert Level 4 restrictions for Wales, in line with the action being taken in London and the south-east of England.

"These new restrictions will come into effect from midnight tonight instead of during the Christmas period." 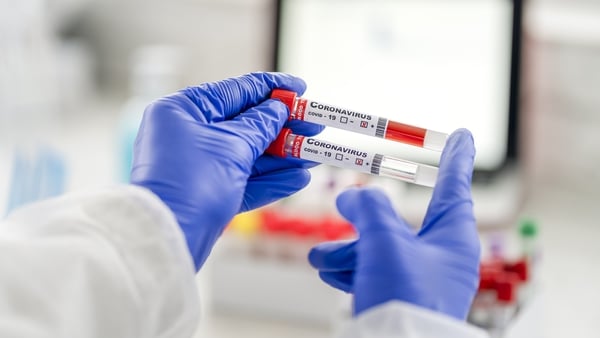