Some childcare providers may be put out of business after Christmas because the Department of Children and Youth Affairs has sought immediate recoupment of overpayments from early years' providers, according to the small firms group ISME.

In a letter to Minister Roderic O'Gorman on behalf of the Federation of Early Childhood Providers, ISME Chief Executive Neil McDonnell warns that failure to address this issue urgently "...threatens the ability of parents to return to work after this lockdown, the employment of staff after Christmas, and the assurance of children's places on a scheme after Christmas".

Outlining the background to the situation, Mr McDonnell notes that due to a Government decision to maintain the early years sector when the pandemic struck, providers were able to access the Temporary Covid-19 Wage Subsidy Childcare Scheme (TWSCS).

In some cases, overpayments were made to providers, but Mr. McDonnell stresses that the providers in question have never disputed that they would have to be repaid at some stage.

In his letter, he states that on a Skype call on 16 September, an official at the Department of Children and Youth Affairs assured the federation "... that it was not the Department's intention to make providers struggle, and that a schedule of repayment would be facilitated".

However, Mr McDonnell says that last Monday, 9 November, "most" providers were emailed with a demand for recoupment by this Friday, 13 November, with a warning that if funds are not returned by then, the Pobal agency "will commence the recoupment process against Programme payments".

"Such a demand is completely unreasonable and cannot be met by our members without irreparable
damage to their businesses," the ISME chief warns.

He notes that most providers will only have one more payment in the 2020 calendar years and that for managers of Early Childhood Care and Education Scheme (ECCE) services, this is their sole form of income as they have no parents' fees. 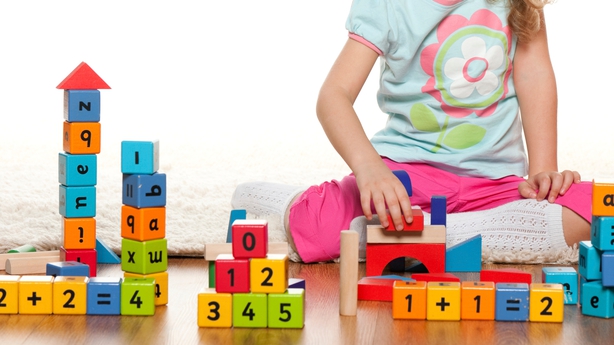 Mr McDonnell tells the minister that "our providers' understanding is that this money is for the children's place in the service, therefore recoupment by Pobal should not arise".

He claims the federation was also told that no Access Inclusion Model (AIM) funding for extra special teachers would be recouped, but tells Minister O'Gorman that "...several members have advised that AIM has been recouped".

Mr McDonnell says that there are also issues due to a lack of detail in relation to remittance information given to the providers, particularly where more than one scheme is being paid for.

He cites the "unacceptable" case of one provider who has received a recoupment demand for €25,000, while the provider calculates the correct amount due is less than half that at €12,500.

Mr McDonnell says that while providers accept that any overpayments must be returned, "...during the currency of a second lockdown is not the time to do it".

"For many of them, this is the last payment due before Christmas. It pays the end of year tax bill, the employees' Christmas holiday wages, and the public liability insurance renewal at the start of January".

He argues that the situation of closures and loss of childcare places can be avoided if the warehousing and repayment measures applicable to other businesses during the Covid-19 pandemic are applied here.

Mr McDonnell concludes by requesting an immediate meeting with the minister and his officials "in order to put in place a retraction of this Friday's recoupment, and its replacement with a logical and sustainable schedule of repayments by the providers that protects them and their essential service".

The Department of Children and Youth Affairs told RTÉ it had informed childcare providers who had received an overpayment under the TWSCS of the need for recoupment on 16 September 2020.

In a statement it said: "The Department postponed recoupment until November to enable childcare providers to manage their cash flow. If providers have difficulties in returning the overpayments in November, the Department has informed them that alternative payment plans will be put in place."

It said childcare providers are currently receiving additional financial support under the enhanced EWSS scheme, which covers an average of 80% of services' staff costs, before parental fees and Department funding.

"The ongoing sustainability of the childcare sector is a key objective of the Department," said the statement.