"We've now tested over 9,000 staff and students in school settings. The positivity rate is only 1.7%. In contrast, the area for the wider community is 6.2%."

He is not the only one to compare the positivity rate for schools to that of the wider community.

According to my colleagues who attend the HSE evening briefings, it is a comparison that is regularly made by HSE staff. The Minister for Education has used the comparison too.

Last week, Norma Foley noted a low positivity rate of 2% in schools, and said "this rate is remaining much lower than the comparable positive detection rate in the community, which is over 7%".

RTÉ News, and other media, have also been using this comparison. It makes sense, or so it seemed. But a deeper interrogation of the figures reveals an issue.

The positivity rate is the percentage of positives in any batch of tests.

It is important because it is a key indicator of the level of Covid-19 in any community.

Positivity rates in the community fluctuate. The national one has fallen in the past number of days to 5.7%. That’s good news. The authorities have regularly noted that the fact that the positivity rate is schools is so much lower than the national one is "reassuring".

But it turns out that the two figures are not directly comparable.

The latest data from the HSE shows that 14,695 students and staff were tested in 579 schools, and 377 additional cases of the virus were detected. That yields a positivity rate of 2-3%.

But this data excludes all the index cases. These are the original cases that led the authorities to test in these schools in the first place.

Since students in 579 schools were tested there has to be at least 579 of these index cases. The national positivity rate would include, not all perhaps, but many index cases.

There is another even more important difference between the national positivity rates and the school rates. In schools, only those deemed close contacts are being tested. This is not the case in the wider community.

So the better comparison for schools is with the 'close contacts' positivity rate in the community.

According to the HSE, the positivity rate for close contacts in the community currently stands at around 10%, dramatically higher than the 2.3% or 2.4% rate in schools.

Amid great anxiety and uncertainty as to the prevalence of the virus in our schools and as to what extent it may or may not be spreading there, this comparison, as well as being more apt, is also even more 'reassuring'.

It lends even stronger support to the continued assertion by public health authorities of very low transmission rates in schools.

It is surprising therefore that the authorities are not drawing more attention to it. 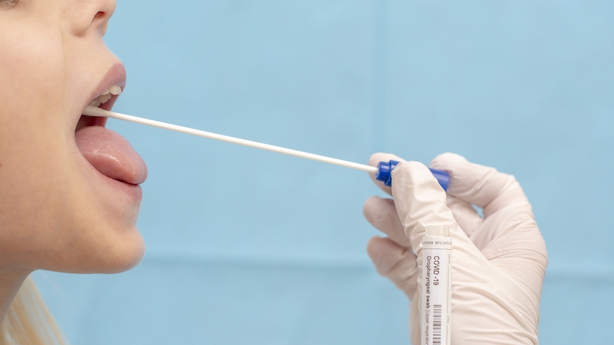 Comparing the positivity rate in schools with the close contacts rate in the community certainly makes more sense. But just how valid a comparison is even that?

The national positivity rate, which is regularly updated on gov.ie, refers to the rate over the past seven days.

The picture around schools is blurred. Interrogation of the data yields answers, but every answer seems to raise even more questions.

The public is hungry for information on Covid-19 in schools. Information aids understanding, and knowledge can reassure.

The HSE is working to provide more data on schools and more statistics are forthcoming, but slowly.

For a clear picture of what is happening in schools we need more data and more context, and we have a way to go yet.

Drop in number of Covid-19 clusters in schools