A Dublin GP has called for visors to be banned, calling them "unsafe" and "next to useless".

Dr Matt O'Toole said evidence for the use of face coverings or masks is incredibly strong.

They provide protection against Covid-19 and onward transmission, he said, by creating a seal over the nose and mouth.

However, he said that visors do not create this seal.

A Dublin GP, Dr Matt O'Toole, has called for visors to be banned, calling them "unsafe" and "next to useless" | https://t.co/2SNy7y5hYV pic.twitter.com/tKjx14OZnq

"They don't protect the user and more importantly they do not protect those around them, so they're next to useless," he said.

An increasing number of members of the public and those working in the hospitality industry wearing visors instead of masks is a "big cause of concern", he said.

"If a member of hospitality staff has Covid-19 and is wearing a visor - that provides no protection to the people around them at all", he said.

Dr O'Toole said that GPs are worried about this.

"Some countries have moved towards banning the use of visors and I think it would be prudent to do something similar here", he said.

In its public health advice online, the Health Service Executive says that visors are "are not as good as wearing a face covering, but you'll still get some level of protection".

Even when wearing a face covering, people are urged to social distance, have good cough etiquette, wash hands, and avoid touching your eyes, nose or mouth with unclean hands.

Face coverings are mandatory on public transport and in shops, shopping centres and some other indoor settings.

Public health advice says that face coverings should also be worn in healthcare settings, when visiting anyone who is more at risk from Covid-19, or when it is difficult to stay two metres apart.

Face coverings are not recommended for children under the age of 13, or if you have "an illness or impairment that would make wearing or removing a face covering upsetting or uncomfortable".

Face coverings are the most powerful public health tool against the virus, the head of the US Centers for Disease Control and Prevention said last month.

CDC Director Dr Robert Redfield said they are the best defence and he suggested face coverings may be even more effective than a vaccine in limiting the spread of the coronavirus.

At lab in the Mater Hospital in Dublin recently, Professor of Surgery Ronan Cahill and Dr Kevin Nolan tested the effectiveness of different types of coverings.

Recorded on a high-speed camera, they showed the load of droplets expelled from the nose and mouth when wearing and not wearing a covering.

The footage showed that when wearing a common surgical mask, the volume of droplets expelled into the air is reduced.

Professor Ronan Cahill said: "Masks aren't balloons and do they let some gas pass through them. The important thing is that they're cleaning that breath of droplets. So you need to make sure your mask fits around the sides and edges."

On the effectiveness of plastic visors, Prof Cahill said that "with the visor an awful lot of the breath is diverted downwards unfiltered and that's important for people to know.

He said this was particularly important for "people who are standing above other people, such as those working in a restaurant, cabin crew, hairdressers and possibly teachers."

An infectious disesase specialist said that while masks should be our first line of defence, visors are "better than nothing".

Professor Karina Butler said that there is good evidence that face coverings provide a lot of protection, and there's also evidence that visors, when worn in addition to masks, can be protective.

But she added that "there is certainly evidence that visors are better than nothing".

Professor Butler said there is reason for concern around using visors in particular settings, and also the way people wear them. 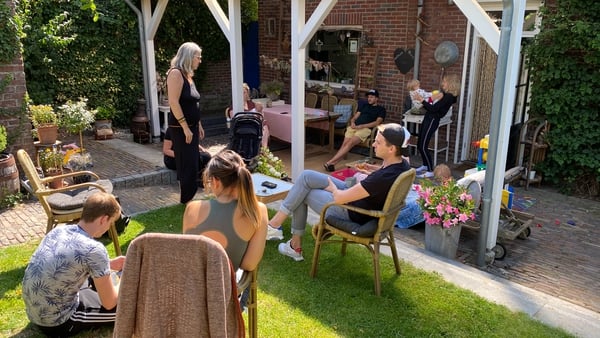 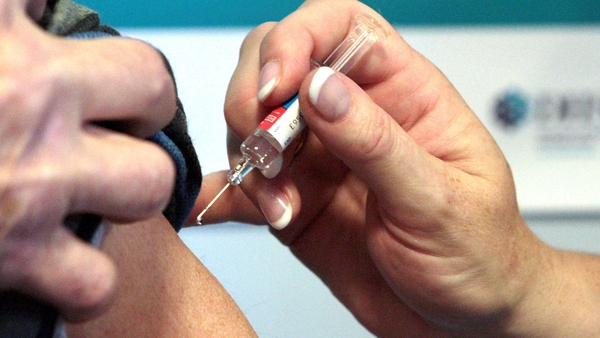 How does Ireland benefit from vaccine deals?