Minister for Health Simon Harris has said there is "room for improvement" around the wearing of face coverings.

He said that there is clear public health advice around the wearing of face coverings and appealed for people to do so.

Last month, the Government advised that face masks or coverings should be worn in situations where social distancing might be difficult.

It also advised that people should not use medical/surgical or Personal Protective Equipment masks, and that these should be kept for healthcare workers.

It is recommended that the general public wear barrier masks, which may help prevent the spread of viral infection to others.

People getting on public transport or going into supermarkets "should wear" a face covering, he added.

Mr Harris said that at this point people's personal behaviours around hygiene are even more important.

The minister has said he is "very hopeful" that the country will be able to proceed into phase two of reopening the country on Monday.

Over the next few days, he said, officials will be closely monitoring the numbers of new cases of the virus, the reproductive rate, as well as the number of people hospitalised and in intensive care.

The national public health emergency team is due to meet tomorrow, and will make recommendations to Government on how to proceed.

This advice will be put before Cabinet ministers on Friday.

The minister said that while significant progress has been made, the virus has not disappeared and there are still people fighting for their lives.

The overall number of confirmed or suspected cases of Covid-19 in hospital has increased in the past 24 hours.

According to new figures from the Health Service Executive, there are 422 patents with confirmed or suspected coronavirus in hospital.

While the number of confirmed cases has reduced slightly, the increase of 92 overall is accounted for by suspected cases, which are awaiting a test result.

The number of patients in intensive care units with confirmed Covid-19 remains stable at 36.

There are now 117 critical care beds vacant in the hospital system.

Last night, ten new cases of the virus were reported by health authorities - the last time the figure was that low was exactly 12 weeks ago.

Meanwhile, a Monaghan-based doctor has said that clusters of Covid-19 are still being detected in the county, with her GP practice detecting six positive cases yesterday and two more this morning.

Speaking on RTÉ's Morning Ireland, Dr Illona Duffy said that her surgery in Co Monaghan and many in Co Cavan are seeing definite clusters of the virus, many emerging from workplaces such as factories.

Yesterday was as busy as some of the days in the early stages of the outbreak in her practice, she said.

People travelling together, living together and a lack of understanding of social distancing is playing a part in the ongoing infection rate, she added.

Dr Duffy said that many workers with poor English who are working in factories can lack understanding about social distancing and how to self-isolate at home, and it can be difficult for GPs to communicate properly with them.

She said we do not want to see another spike and the R rate, or reproductive rate, to get out of control, so more understanding and information about these clusters is needed. The reproductive rate refers to how many other people a confirmed case goes on to infect.

Dr Duffy's practice is also noticing a spread of infection among families and a difficulty among some groups of people with no GPs who are finding it difficult to access medical assistance.

It has highlighted the shortage of GPs for some who need to be tested and to self-isolate while requiring sick certificates for income or welfare purposes, she said.

She said plans to open up things need to be done cautiously and the wearing of masks in workplaces needs to be considered.

Dr Duffy said we need to learn from the clusters in factories and workplaces and how to prevent them.

She said there needs to be need more information shared about the outbreaks between public health, general practice and employers.

How to make a face covering

The Government's guidelines on cloth face coverings say they should: 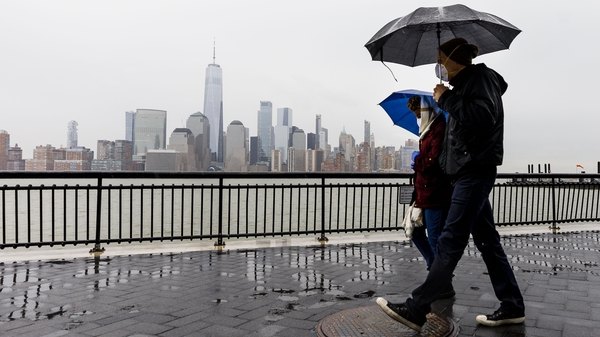 As it happened: Over 1,000 people with Covid-19 still dying each day in US Coronavirus

Covid-19: As our economy restarts, the future is unclear