The World Health Organization says it is concerned about the recent "rapid escalation" and global spread of the new coronavirus pandemic.

"The number of deaths has more than doubled in the past week... in the next few days we will reach one million confirmed cases and 50,000 deaths," WHO chief Tedros Adhanom Ghebreyesus says.

The pandemic is the worst global crisis since World War II, UN Secretary General Antonio Guterres says, expressing concern that it could trigger conflicts around the world.

Mr Guterres says that the scale of the crisis is due to "a disease that represents a threat to everybody in the world and... an economic impact that will bring a recession that probably has no parallel in the recent past."

The heads of three global agencies - the UN's Food and Agriculture Organization, the World Health Organization and the World Trade Organization - warn of the risk of a worldwide "food shortage" if authorities fail to manage the crisis properly.

More than 3.75 billion people, or 48% of the world's population, have been called on or obliged by their authorities to stay at home.

Germany will extend its current restrictions on public life by two weeks until April 19.

The Portuguese government has extended confinement measures by two weeks.

The US state of Florida has ordered general confinement.

French Prime Minister Edouard Philippe has said when the country's confinement comes to an end, it will likely be a step-by-step process.

In the Netherlands, which has not imposed a general lockdown, authorities have extended the closure of schools, restaurants and bars to 28 April.

Health experts in the Gavi Vaccine Alliance, grouping the WHO, the World Bank and pharmaceuticals industry representatives, say they fear a drop in routine vaccinations due to confinement measures could fuel other potentially deadlier outbreaks of diseases than Covid-19 especially measles.

At least 905,589 cases of infection, including 45,719 deaths have been recorded in 187 countries and territories since the epidemic started in December, according to an AFP tally complied this evening based on official sources.

They include 203,608 cases and 4,476 deaths in the United States, where the death of a six-week old baby infected by the virus is announced.

The Wimbledon tennis championship in London, due to run for two weeks from 29 June, is cancelled, as are Edinburgh's international arts festivals in August. 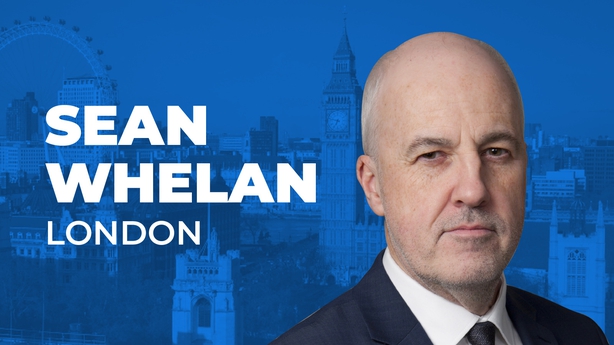 For the first time, the daily death toll globally from Covid-19 has passed 4,000.

The total number of dead from the virus around the world now stands at over 44,000.

In Spain alone, more than 860 died in the past 24 hours, while in Britain 563 people died in the same period.

The UN Secretary General has said the pandemic is the worst crisis the world has faced since the second world war.

Four words to think about coronavirus.

The first is coping.

It is what countries are trying to do with the surge in cases challenging medical services.

Barcelona is one of several places to build more capacity, including turning a sports arena into a hospital for Covid-19 patients.

Catalonia has a slightly smaller population than London, but with over 1,600 deaths, has more than double the number of dead compared with the British capital, which has built a 4,000-bed hospital in an exhibition centre in little over a week, ready for a patient surge it knows is coming.

Paris has one third of the cases in France. Its response is to move victims by train out of overcrowded hospitals in Paris, down to underused hospitals in Brittany.

The second word is adapting.

It is what, for example, midwives in Brittany have been doing, videoing births to send to fathers who are now banned from maternity wards.

From today Austria has made it compulsory to wear facemasks whilst out shopping – they are given out by the supermarkets.

While in Poland, shoppers now have to wear plastic gloves and shops are supposed to disinfect card payment machines and petrol pumps after each customer.

Children cannot play outdoors unless supervised by an adult.

The third word is appealing.

The Secretary General of the United Nations is appealing to rich countries to do more to help poor countries combat the virus.

And the final word is hoping - like in Wuhan, where the virus first appeared, where the first lockdown began, and where they are hoping the worst is over.

Shopping malls have now re-opened, the latest sign of returning to normality.

One of their few new cases of the virus was in a student, who had just flown back from England.