Britain's lead negotiator for post-Brexit trade talks with the European Union, David Frost, is self-isolating after showing mild symptoms of coronavirus, the day after his EU counterpart said he had the virus.

Mr Frost "has been showing mild symptoms and so he is following the guidance to self-isolate", a spokesman for British Prime Minister Boris Johnson told reporters.

"We remain in contact with the European Commission and expect further conversations between the teams next week," he said.

The EU's chief negotiator, Michel Barnier, said yesterday that he had tested positive for Covid-19, but added that he felt fine and was confining himself at home in France.

On Friday, an EU source told AFP that Mr Barnier's entire 100-strong EU negotiating team had been isolated while tests were carried out to find out if any more had contracted the virus. 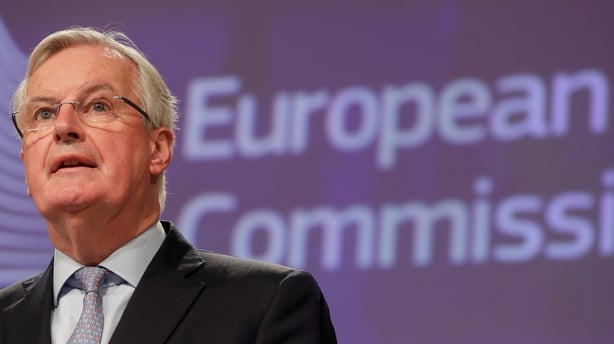 The revelation that the two main players in the Brexit talks are out of action raises further questions over whether a deal can be struck before the current deadline of 31 December, 2020.

Britain left the EU on 31 January but agreed a standstill transition period until the end of the year to negotiate a new partnership with Brussels.

Even before the coronavirus outbreak, EU officials had warned this was not long enough.

A second formal round of negotiations was called off this week, but Mr Johnson says he will not ask for more time.