Retail Excellence has forecast that another 200,000 people will be out of work by the end of this week because of the measures put in place to tackle the coronavirus.

This is in addition to the estimated 140,000 people who have already lost their jobs since the measures were announced last Thursday.

Retail Excellence Chief Executive David Fitzsimons called for a decree suspending all non-essential commerce, the introduction of a business boost grant, and the suspension of VAT and rate payments for a year.

Speaking on RTÉ's Morning Ireland, Mr Fitzsimons also spoke about the personal toll the pandemic has had on him and his family.

'I have heart disease. After this call I will enter self-isolation. I cannot risk my life anymore' - Emotional plea from David Fitzsimons, Retail Excellence, to close non-essential business https://t.co/1ZCJXY1E1z

Earlier, the Minister for Finance insisted that any response from his department must be proportionate and consistent with public health policy.

Speaking on RTÉ's Morning Ireland, Paschal Donohoe acknowledged "the strain that the retail and many parts of our economy are under".

However, he refused to be drawn on whether Government would cease VAT payments for businesses, or whether they would introduce a "decree" to force non-essential businesses to close down.

Meanwhile, Croke Park is set to become a drive-through facility for testing for Covid-19 from today. It will not be a walk-up service and is designated for appointments only.

It is envisaged that cars carrying people with appointments will arrive at Croke Park via Sackville Avenue.

People will be processed in the outer Cusack car park before driving through the service tunnel, where tests will be carried out.

Cars will then exit the stadium via St Joseph's Avenue and at no stage will visitors leave their cars.

Meanwhile, a full-time Public Order Unit is being set up by gardaí in response to the coronavirus outbreak.

The unit will be tasked with patrolling key public order risk locations, the protection of life and property, the maintenance of law and order, emergency response and dealing with any protests or public order issues.

A total of 100 gardaí, sergeants and inspectors will be assigned to two rotating units on 12-hour shifts.

These are being recruited from stations all over Dublin and Assistant Commissioner Pat Leahy plans to have them operational by tomorrow afternoon.

This is the first time gardaí will have the same members attached full-time to a Public Order Unit, which is being rapidly established as part of the policing response to the coronavirus.

Garda headquarters said the move was not a significant escalation in policing but prudent in the current climate of potential public unease and disquiet as the COVID-19 situation develops.

A spokesperson also said it was logistically preferable that the same gardaí be attached to the public order unit instead of different officers being called in daily. 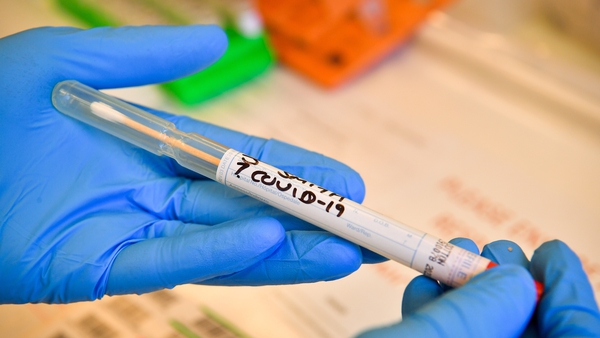 As it happened: This is the calm before the storm - Taoiseach