The death toll from the new coronavirus in the United States has climbed to six as the contagion took root in the country's Pacific Northwest and continued its march across the globe.

Worldwide, close to 3,100 people have succumbed to the illness even as a clear shift in the crisis was emerging, with nine times as many cases recorded outside China as inside, according to the UN health agency.

Andorra, the Czech Republic, Indonesia, Jordan, Latvia, Portugal, Tunisia and Saudi Arabia were among countries that confirmed their first cases, along with Senegal, which became the second sub-Saharan African country to do so.

The conflict-wracked region is feared to be particularly vulnerable because of its poor health infrastructure and crowded cities with inadequate sanitation.

All of the US deaths have occurred in the state of Washington, where officials warned residents the battle against the disease was shifting from containment to mitigation.

"The risk for all of us of becoming infected will be increasing," said Jeff Duchin, a health officer in King County where five of the deaths occurred. The district is home to Seattle, a city with a population of more than 700,000 people.

Earlier in the day, New York's governor warned it was "inevitable" that the virus would spread in the global financial hub after its first confirmed case was detected in a health care worker who had visited Iran.

US President Donald Trump meanwhile was meeting leading pharmaceutical companies at the White House to discuss efforts to develop a coronavirus vaccine.

Despite its world class hospitals and medical professionals, the US is also viewed as vulnerable to an epidemic because of glaring disparities in its healthcare system, including nearly 28 million people without coverage.

Drugs to treat the novel coronavirus could be available by this summer or fall, US Vice President Mike Pence has said.

"The vaccine may not be available until late this year or early next, but the therapeutics to give relief to the people who contract the coronavirus could be available by summer or early fall," he told a news conference.

Read:
Live: Latest on Covid-19 outbreak
Ryanair reducing flights to Italy over Covid-19
No room for 'complacency or panic' over spread of coronavirus - Harris

With fears of a pandemic on the rise after the virus emerged in China late last year, the World Health Organization urged countries to stock up on critical care ventilators to treat patients with severe symptoms.

WHO chief Tedros Adhanom Ghebreyesus said a "window of opportunity" remained to contain the outbreak, noting that "more than 130 countries have not detected any cases yet."

Globally, the virus has infected nearly 90,000 people in more than 60 countries.

Italy, Europe's worst-affected country with around 1,700 infections, said its deaths from the virus had jumped 18 to 52.

The outbreak has raised fears for the world economy, with the OECD slashing its global growth forecast by half a percentage point to 2.4 percent, the worst performance since the 2008 financial crisis.

But strength on Wall Street - which rebounded from sharp losses last week to post gains of more than five percent Monday - helped European markets emerge from the red after governments and central banks said they would step in if needed to soften the blow.

China's economy has ground to a halt with large swathes of the country under quarantine or subject to strict travel restrictions.

Other countries have enacted their own containment measures including travel restrictions, locking down towns and suspending major events. 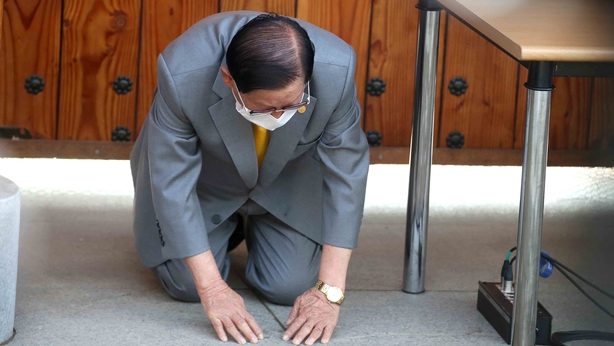 The Louvre - the world's most visited museum - was closed yesterday and today after staff refused to work while the UN headquarters in Geneva said it was closing to visitors.

In Italy, tourist hotpots including the Duomo in Milan reopened to visitors but access was limited to avoid overcrowding in a bid to contain the virus.

Elsewhere in Europe, Sweden barred flights from Iran while France, Germany and Britain said they would send aid to the Middle Eastern nation struggling to contain the outbreak.

Iran reported 12 more deaths on Monday, raising the country's toll to 66, the second biggest after China's, while its overall number of cases rose to 1,501. 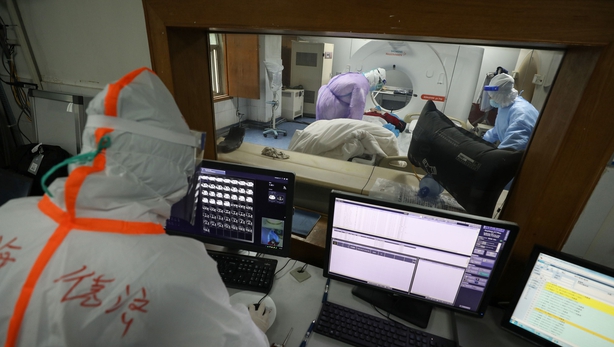 China reported 42 more deaths - all in central Hubei province, bringing the death toll to 2,912. The pathogen is believed to have originated in a market that sold wild animals in Hubei's capital Wuhan.

Overall, China recorded just 202 new infections however, the lowest daily rise since late January, bringing the nationwide total to over 80,000, as massive quarantine efforts paid off.

The WHO says the virus appears to particularly hit people over the age of 60 and those already weakened by other illnesses. Its mortality rate is between two and five percent.

Four more people died there, taking the toll to 22.

Half of South Korea's cases are linked to a sect whose leader Lee Man-hee apologized Monday for the spread of the disease.

Seoul's city government has asked prosecutors to press murder charges against him for failing to cooperate in efforts to contain the virus.