A native breed of sheep, thought to be extinct, has re-emerged in Conamara (Connemara).

The Cladoir breed were kept mainly for wool but numbers dwindled in the late 20th Century. Not considered hardy for the environment in which they were found, by 1995, they were written off as being extinct.

It is thought they were kept mainly for their long wool, as opposed to their meat, before the Famine.

But in the 1850s, British breeds were introduced to the mountains, where they thrived, pushing native Cladoir sheep towards south Conamara. They survived around the coast in small numbers.

An agricultural researcher studied them at a research station in Maam in the 1980s, but the small flock was dispersed after he retired. 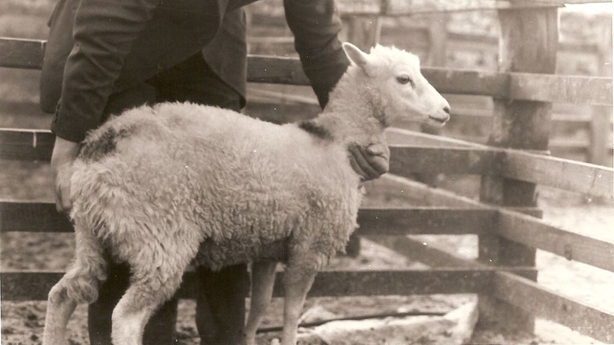 There was no sign or record of them for several years, until a number of sheep were gathered in south Conamara by another farmer, who had made inquiries about the Cladoir breed.

These were bought by the National Parks and Wildlife Service in 2019 and 2020. Now DNA samples have confirmed 56 of these sheep are a distinct breed - the Cladoir.

Efforts are under way to regenerate the flocks by assembling breeding groups.

The NPWS will now try and regenerate flocks by assembling breeding groups. They are seeking the assistance of other farmers in the coming years.

And in a nod to the breed’s past, fleeces shorn from the sheep will be used to make wool, for local craft spinners and weavers.